Spending so much time in the field in Kenya, often in incredibly remote and marginalized places, over the years I have seen enough that few stories shock me anymore. If you speak to anyone who has spent enough years working with those in extreme poverty, or those who have greatly suffered, you will inevitably find that they will all say they had to become at least partially desensitized to what they were hearing, otherwise they would not be able to continue with their work.

Going to Kakuma Refugee Camp was the first time in a long time that I have been left speechless, which shocked me, as I had thought my time spent in Dadaab refugee camp would have prepared me enough to what refugees face. It certainly didn’t.

Kakuma Refugee Camp is located in north-western Kenya, by the South-Sudanese border. This proximity is no coincidence – the camp is comprised mainly of South Sudanese refugees, although there are also Congolese, Rwandese, Burundian, and Somali refugees as well. I confess I was guilty to what many a field-worker are also guilty of – knowing my areas (Kenya) well, but oblivious to the politics and crises of other neighboring countries. South Sudan was no exception. I knew of course that after the shaky peace a civil war had erupted again, and that many were being killed, and most trying to flee. I had heard rumors from other aid workers that soon a famine will be declared in South Sudan. But the country only fell under my radar when we decided we would donate container libraries to Kakuma refugee camp, and so I started to do my research.

We started working with UNHCR and Lutheran World Federation as soon as we decided to donate libraries to Kakuma. After several meetings, the logical next step was to visit the camp, so I could see what it was like on the ground, and then design the library model we would implement. I flew to Lodwar, and then drove in an armed convoy to Kakuma, where I stayed for the week. My research started by visiting the schools. The numbers were dismal, but expected. Primary schools with 5000+ students in the school, run by head teachers in their early 20’s who themselves had only completed primary school. It was common to see 17 and 18 year olds in the primary schools – in fact, that is the average age for Standard 8. They have lost so many years of education from hiding from the war in South Sudan, and then eventually fleeing it to neighboring countries. Many had been forced to fight as child soldiers. Almost all of the students had experienced trauma and witnessed brutal killings.

What I did not expect was the sheer number of children who arrived at the camp as ‘unaccompanied minors’, in other words, orphans. Usually, a child will arrive at a refugee camp with at least a next of kin – an aunt, a cousin, or perhaps someone from their village, or their clan. At Kakuma, children are showing up in shocking numbers as groups of kids that banded together as they made their way to the border, their entire families killed. When they are processed in the transit center (a temporary place where they get their refugee papers and get assigned a ‘house’ in the camp), they are usually grouped together with other kids, and then assigned a caregiver, who is no more than an adult refugee who has usually gone through their own trauma and has few tools to take care of these children. I spent time with several of these households, and when I asked them what they wanted, not just out of a library, but also for themselves, the answer was almost always the same –

And so our Peace Libraries were born, which is what we are working on right now for Kakuma. This will be one of our big projects this year, and we hope you will follow us on this journey. 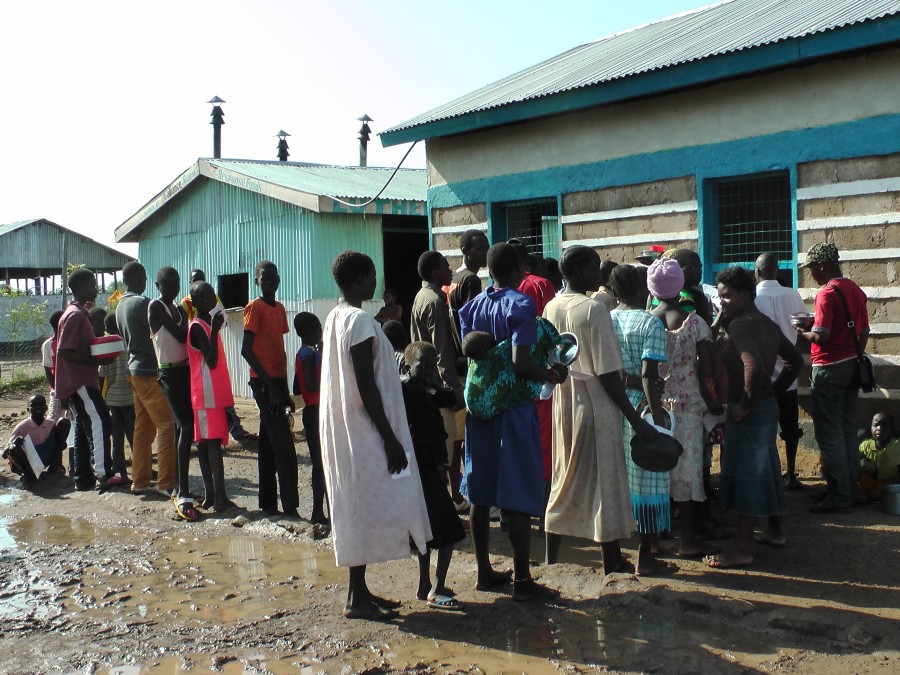 At the transit center, new arrivals lining up for breakfast 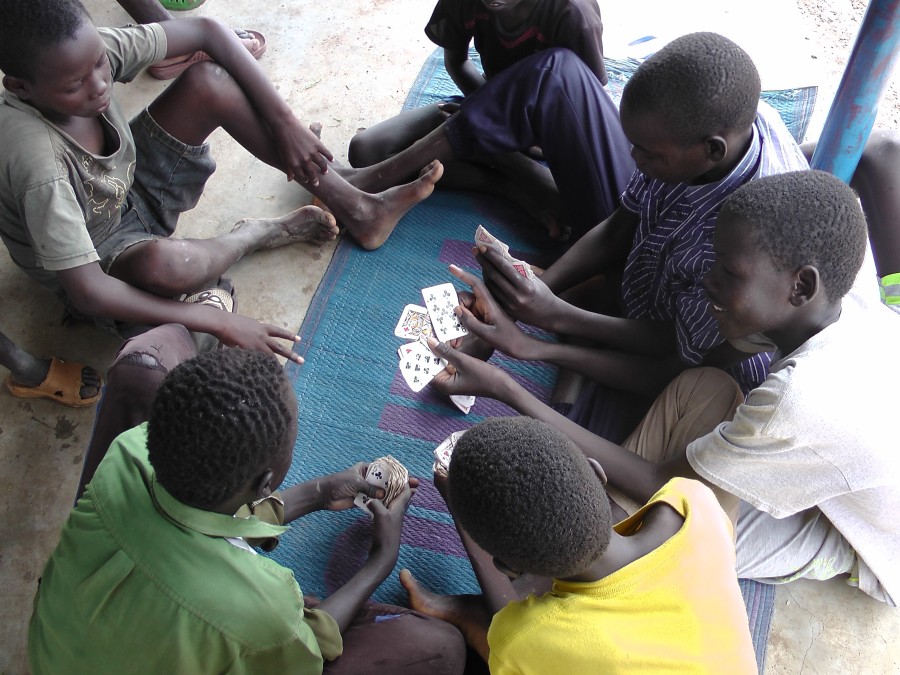 “We’re all family now” – boys from different villages who banded together as they made their way to the border. All ‘uncaompanied minors’ 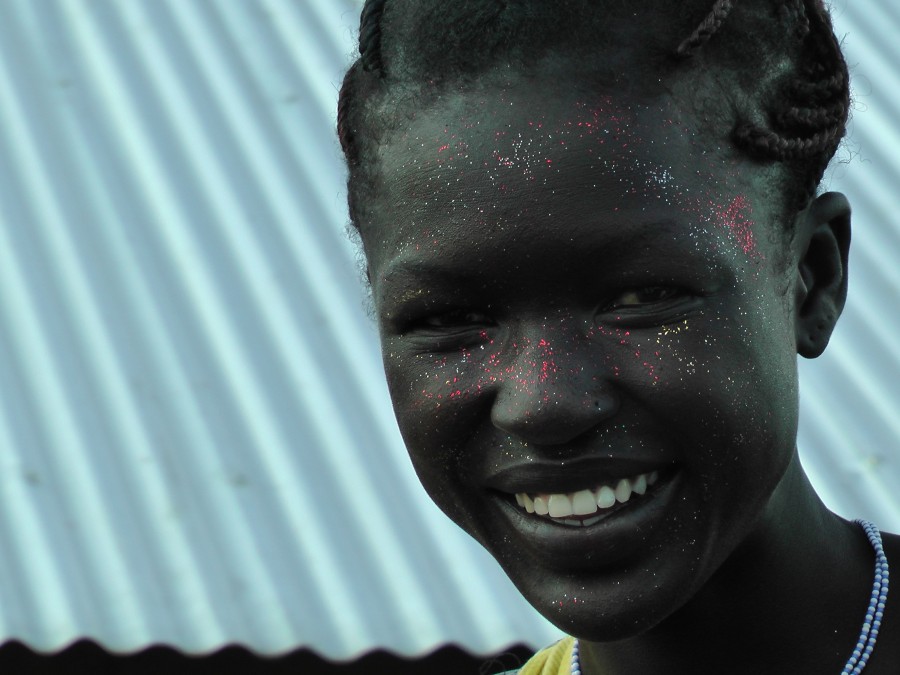 An ‘unacompanied minor’, she puts sparkles on her face to ‘feel bright’ 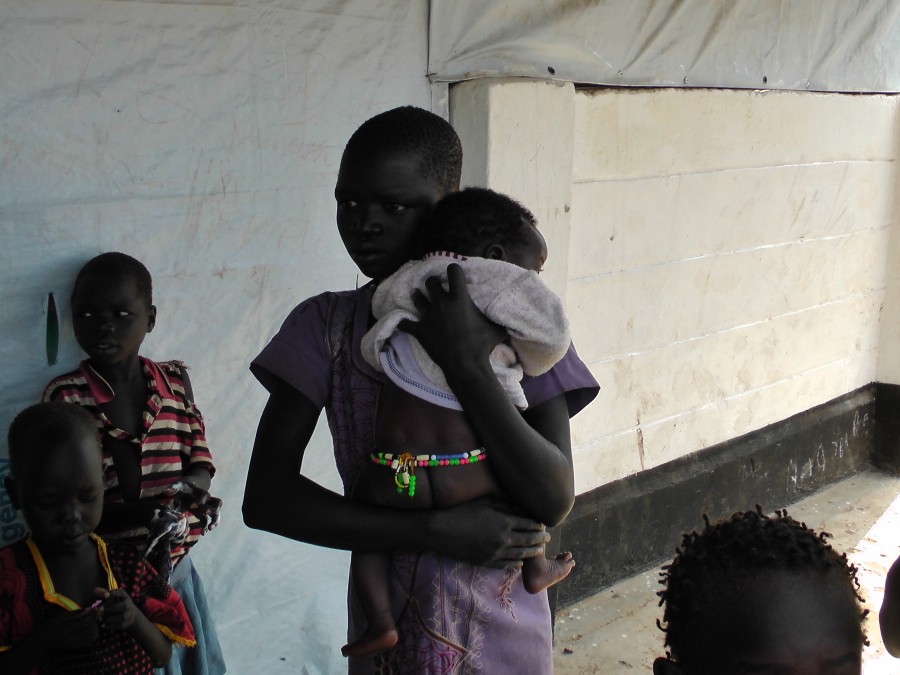 Eterio, who thinks she is ‘maybe 10’ years old, holding her baby brother. Her mother gave birth to him while they were fleeing to the border, a journey that took 3 months on foot. 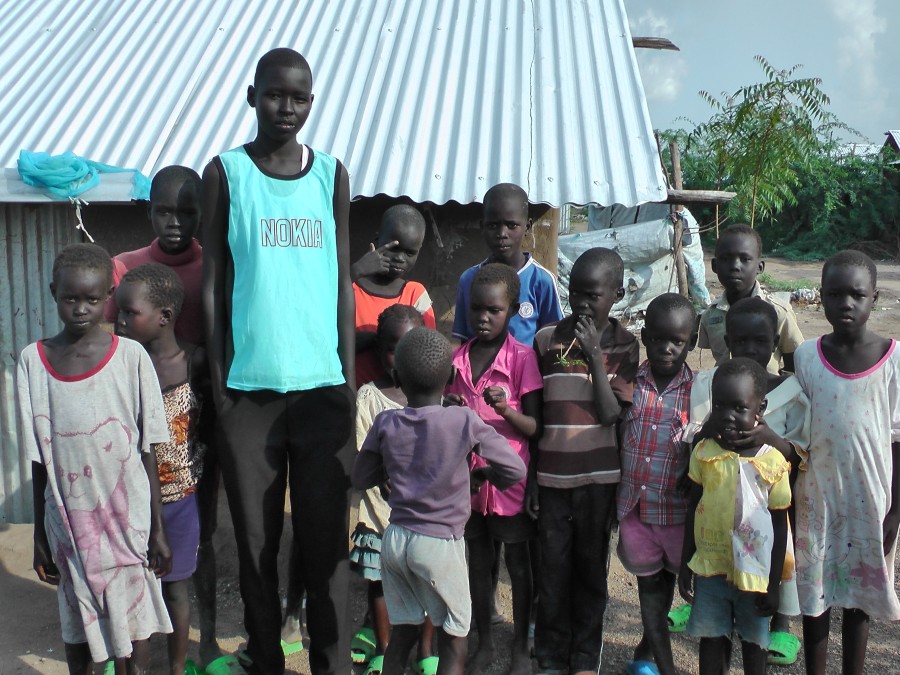 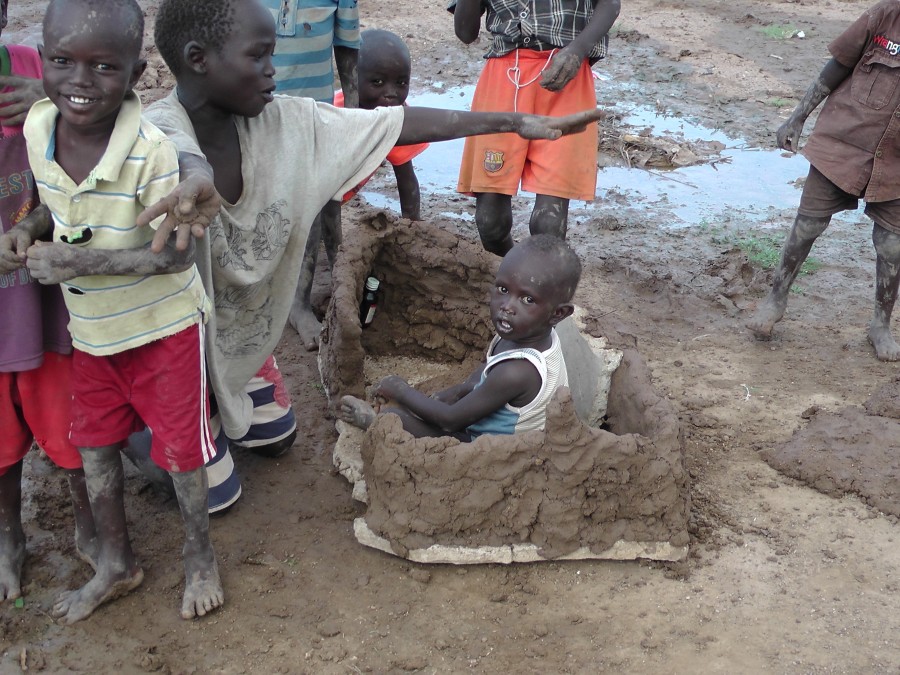 Children making the most of the rainy season. 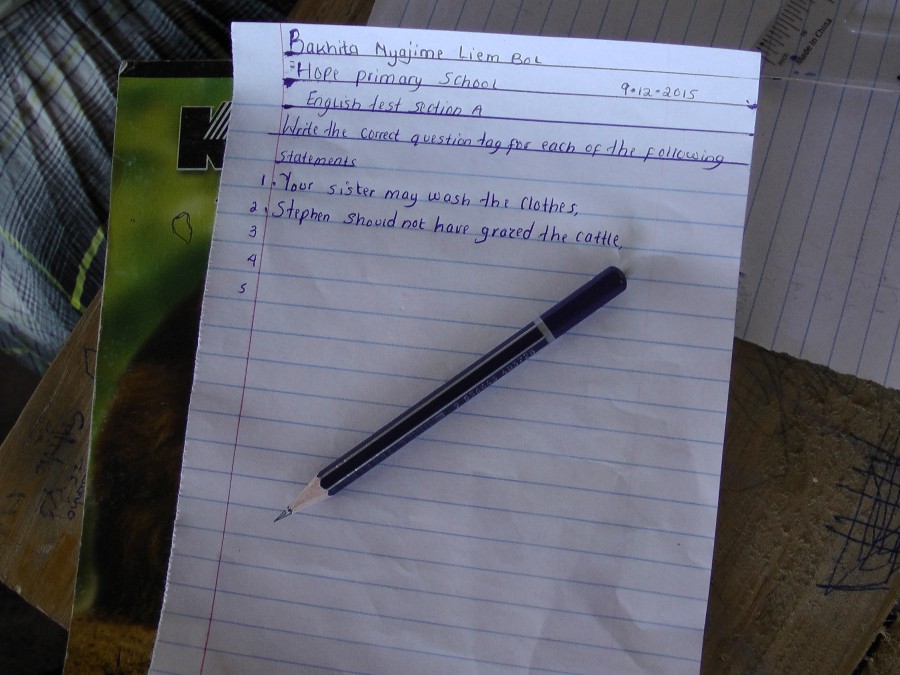 A student’s classowork in a Standard 8 class lesson I dropped in on.