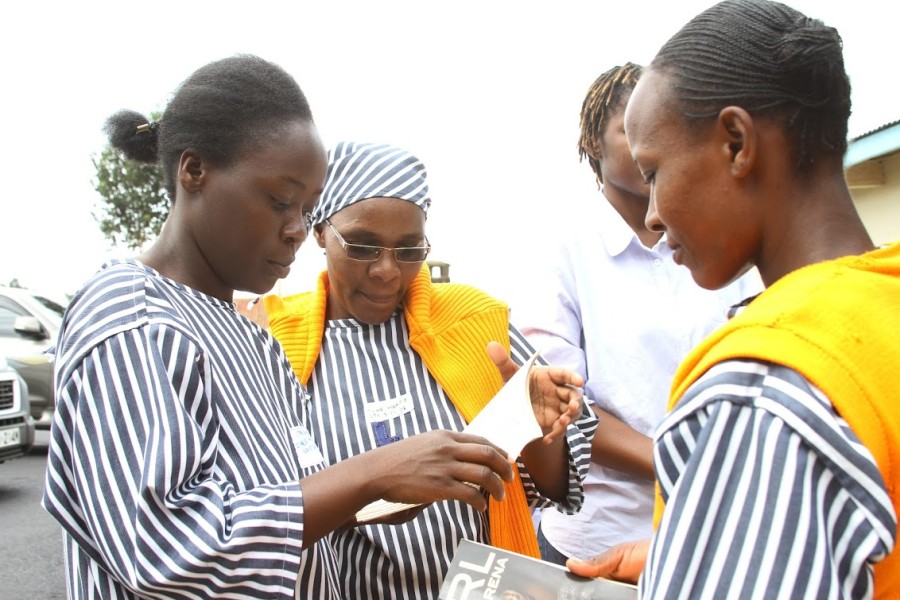 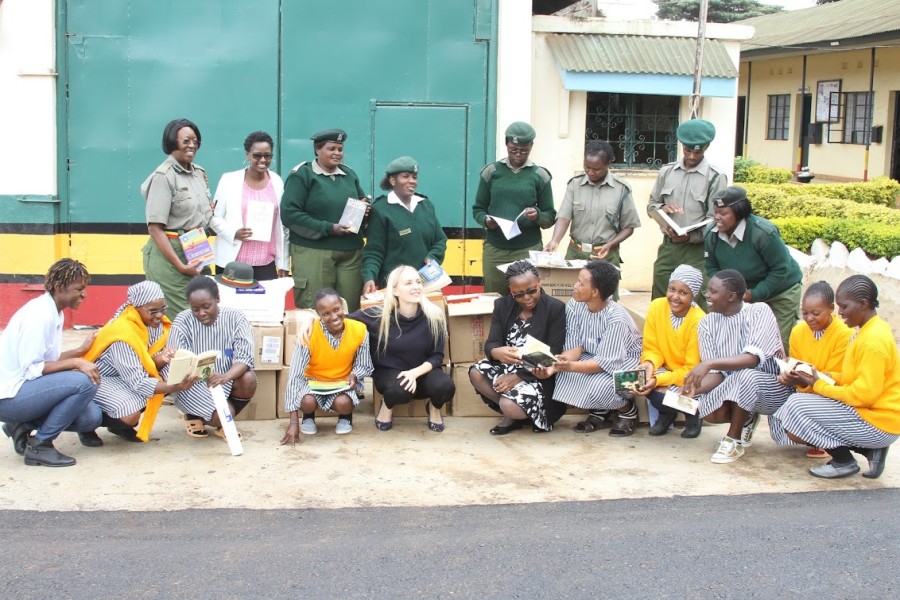 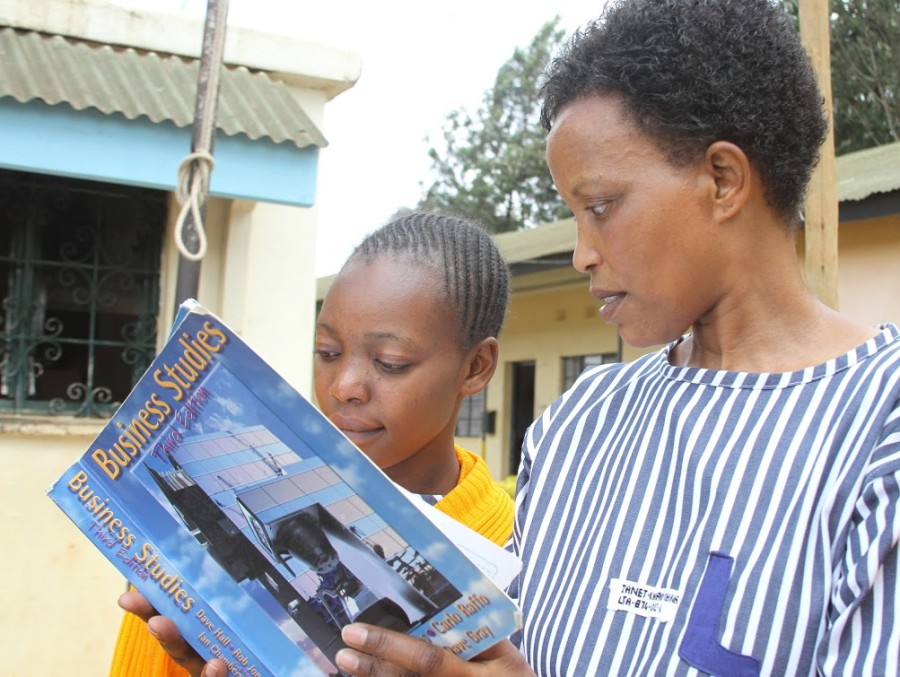 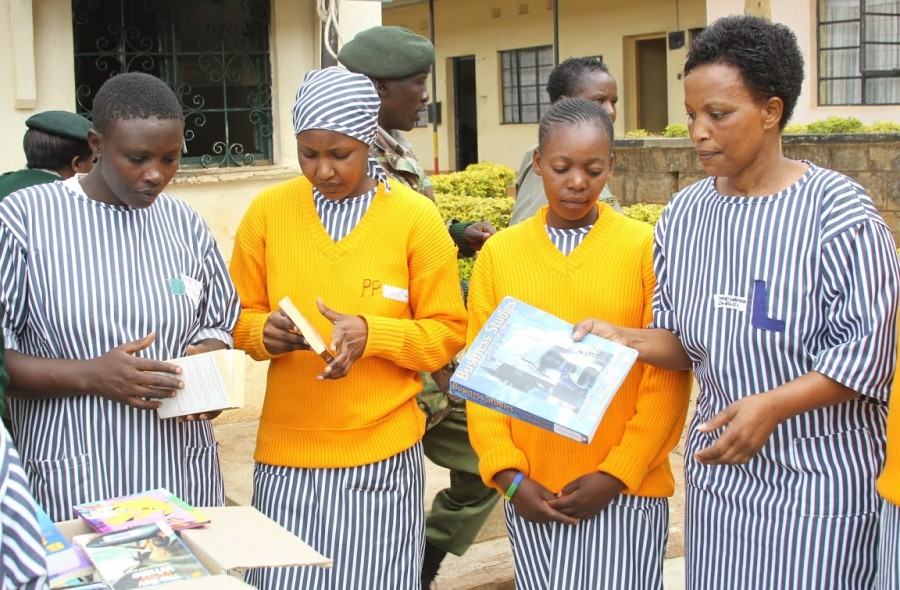 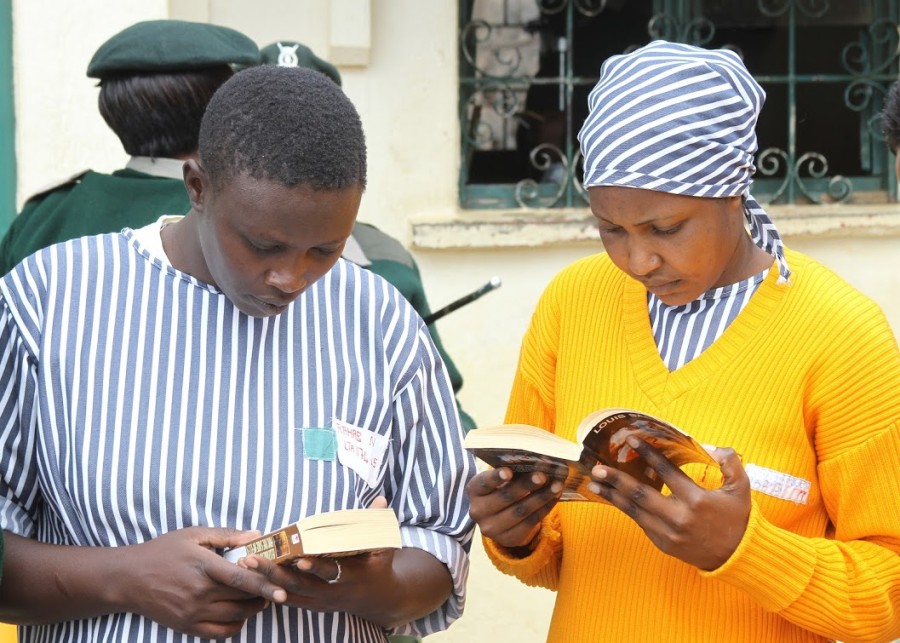 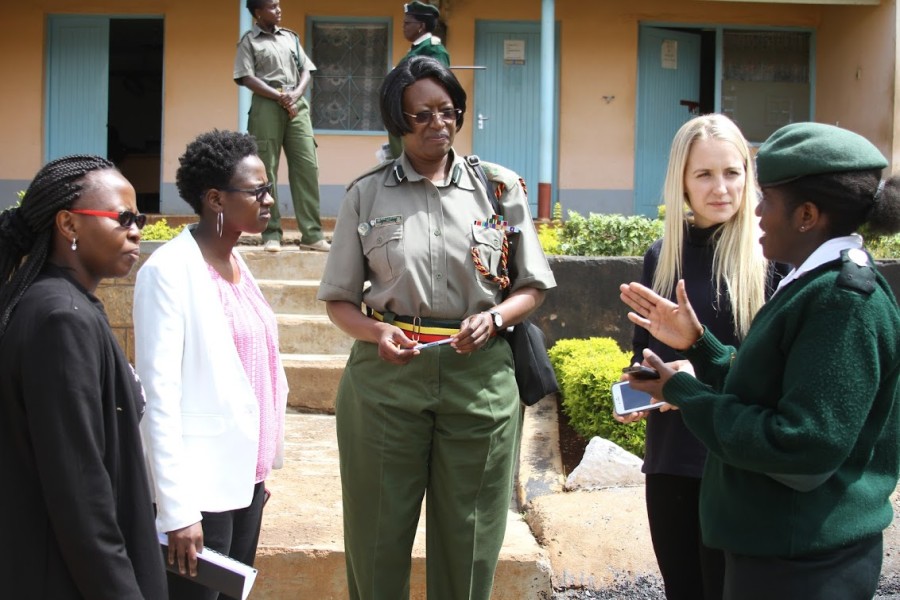 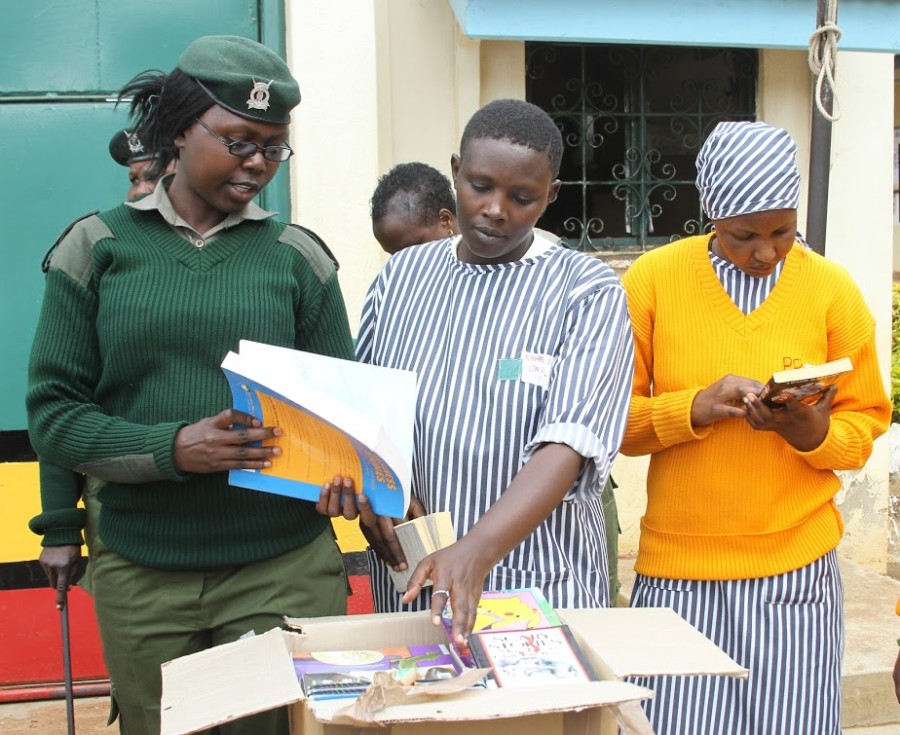 Yesterday was a happy day for us. Our KEY Team went to Langata Women’s Prison in Nairobi to handover a donation of 1000 books for the inmates and their young children. Langata Prison has over 600 inmates at the moment, and is the only maximum security prison in the country. If the inmates are pregnant or have small children that they cannot find care for while they serve their sentence, they are allowed to bring them to the prison until they reach the age of four.

Unlike what you might expect in a prison in an African country, it is an incredibly supportive and nurturing environment for both the inmates and their children. This was part of a conscious change in how authorities decided the prison should be run. Instead of creating a corporal and punishing atmosphere for the inmates, and emphasis is placed on individual rights and an encouragement to finish school (both primary and secondary school is offered to the inmates, as well as excellent vocational training, and a little shop outside the prison where the goods are sold so that the inmates can send small amounts of money to their families). The firm belief in self-motivated change is palpable.

A library was recently built on the grounds, with ample space and a beautiful, bright reading corner for the children. Inmates are allowed to borrow books, which I was told almost all of them do. The library was incredibly well organized (and run by the inmates) – so much so, that we commented several times it was actually in much better standing than most national schools we have worked with. KEY donated 1000 books (a mixture of textbooks, recreational reading books, and children’s books), with the intention to donate more in 6 months. Though we were not allowed to take pictures inside the prison walls, we were allowed to take a few photos of the handover at the administration block (within the prison outer boundaries). Our next steps? Going back over the next few weeks to teach the inmates how to cover and prepare the books for borrowing, and starting a campaign for a new library model – for prisons.

We fundamentally belief in equal access to education and knowledge, and that despite differences in circumstances, human beings almost always have the same goals for laughter, learning, development, and communicating. Getting books into prisons is just as important as getting them into schools. As a book can change a life in any setting, whether those are between four walls of a classroom, the sphere of a mud hut, or the bars of a prison cell. And so we look forward to following this library, and seeing what impact it can have on those that will use it.