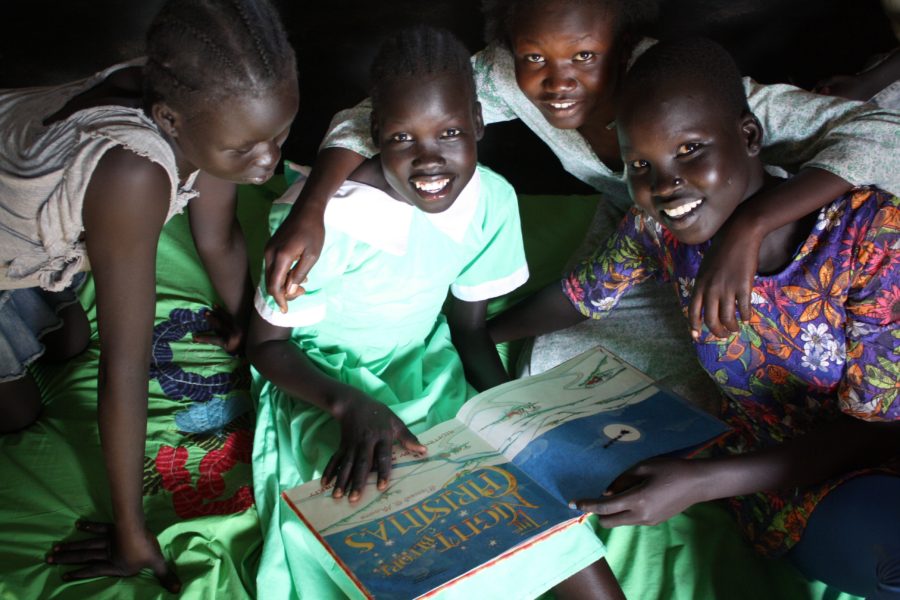 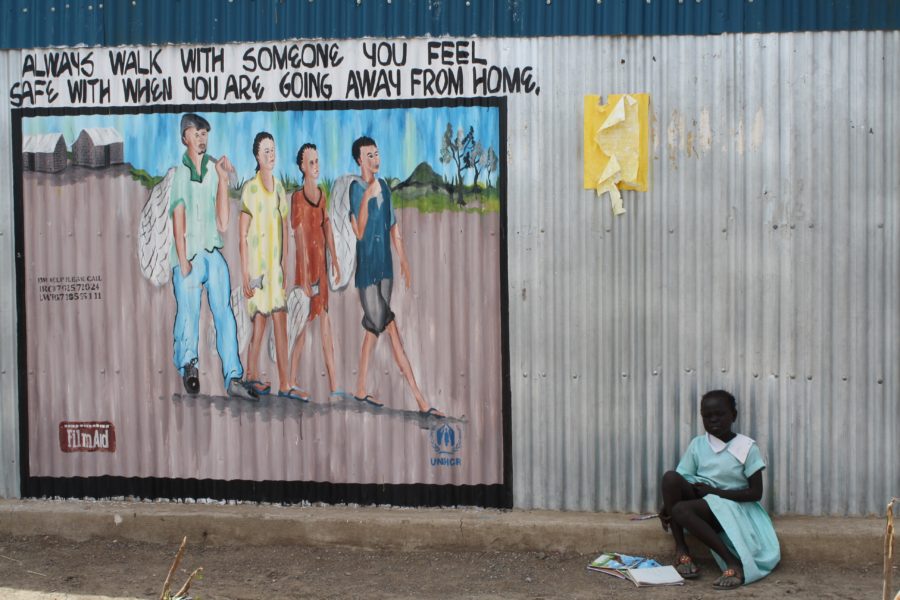 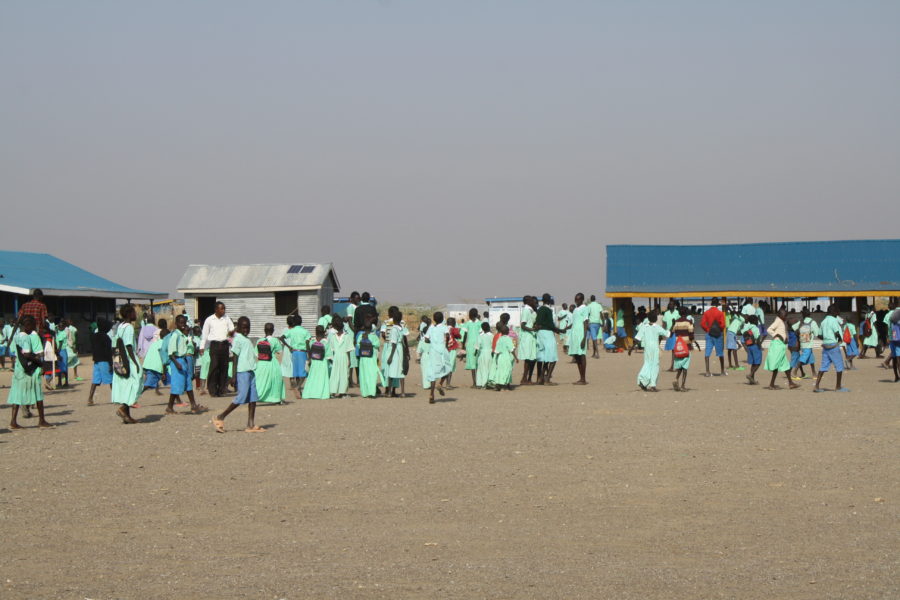 Younger Hope Primary students walking in line to get their porridge. The library will be located in the empty space between the two buildings in the background. 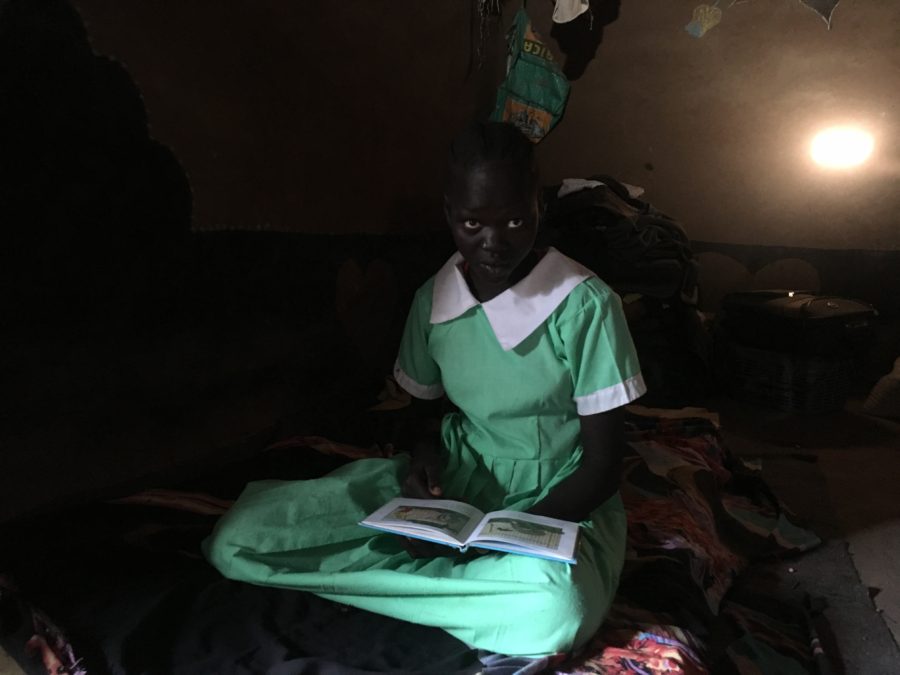 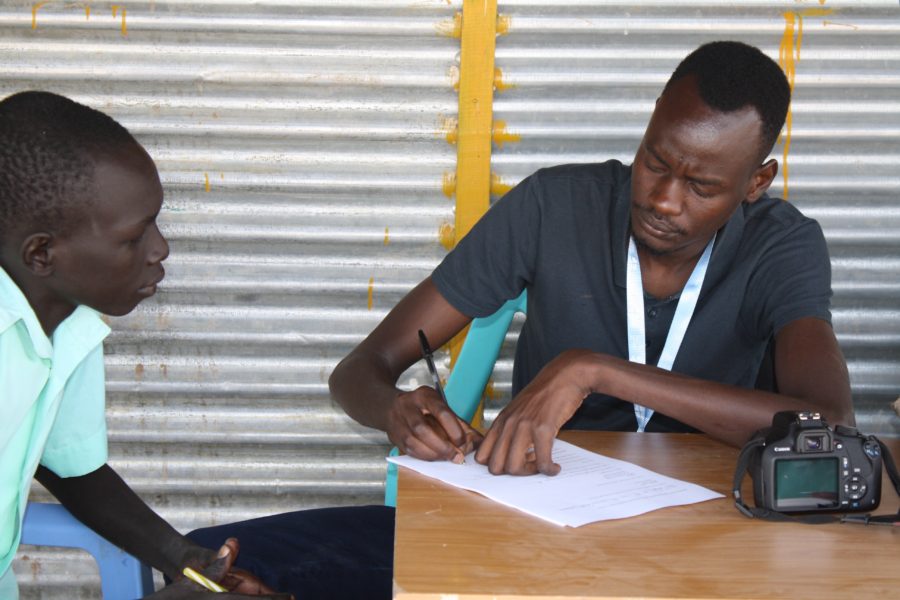 Tito, one of KEY’s interns, conducting baseline surveys. Tito was a refugee from South Sudan and grew up in Kakuma. He is going to Harvard in September. 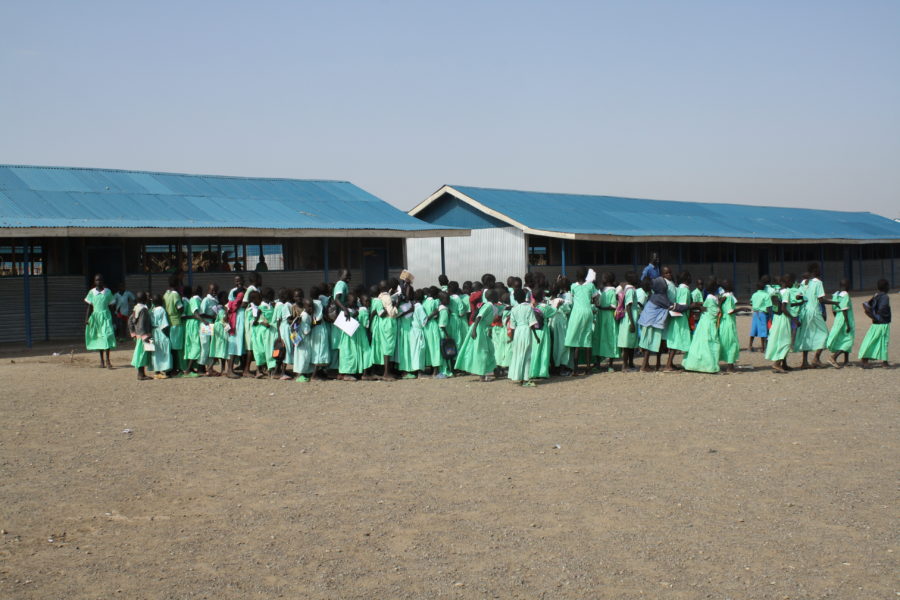 Young Hope Primary Students lining up to get their morning porridge. When funding is cut and the porridge is not provided in refugee camp schools, enrollment always drops. 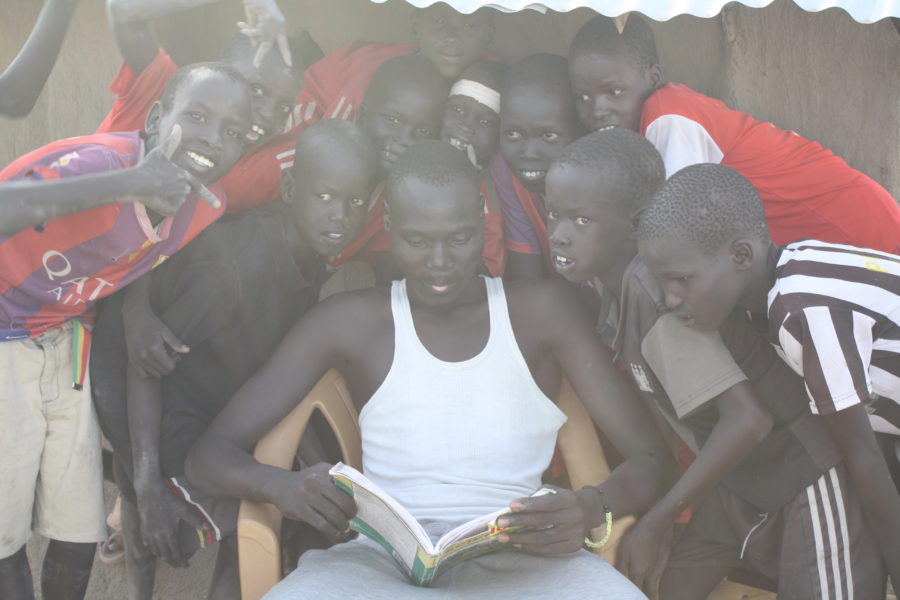 Older students often remark that it is very difficult to study at home because so many other kids gather round and ask questions. 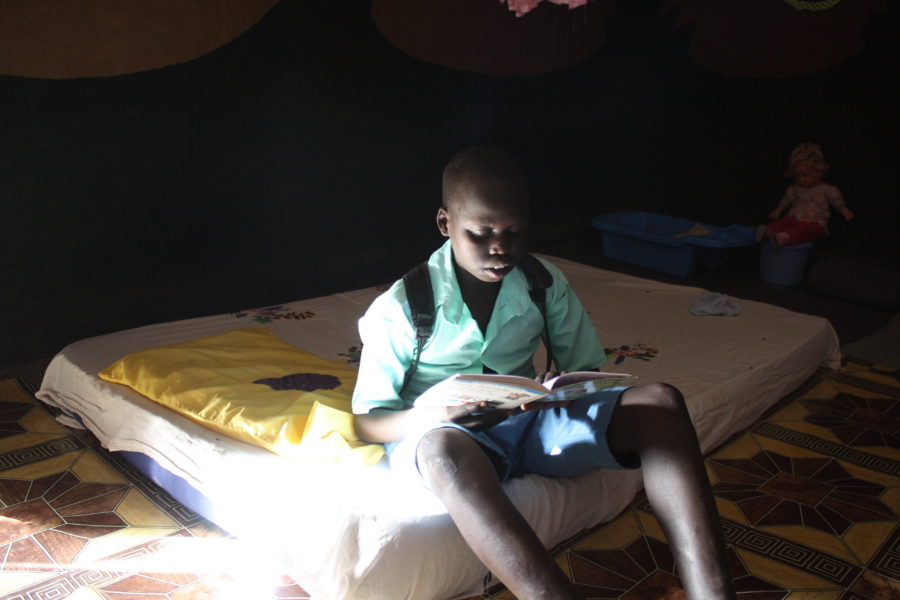 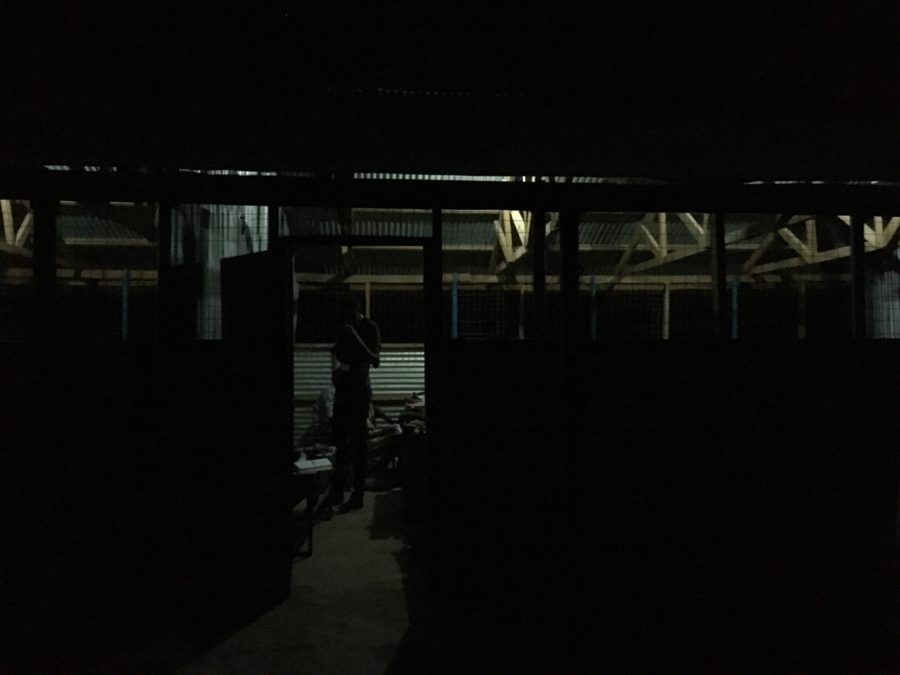 Candidates at Hope Primary studying under feeble lighting in one of only two classrooms with a lightbulb. There were over 150 students in each classroom, and you could hear a pin drop. 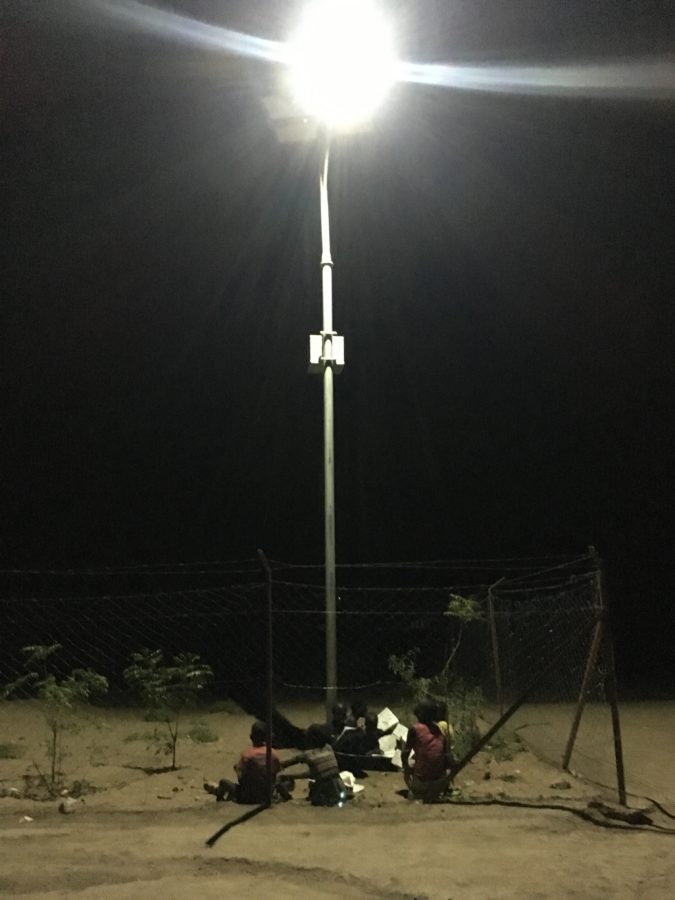 At night, candidates (standard 8) flock around any available light they can find in the refugee camps to afford as much studying time as possible. There is no light in their homes. 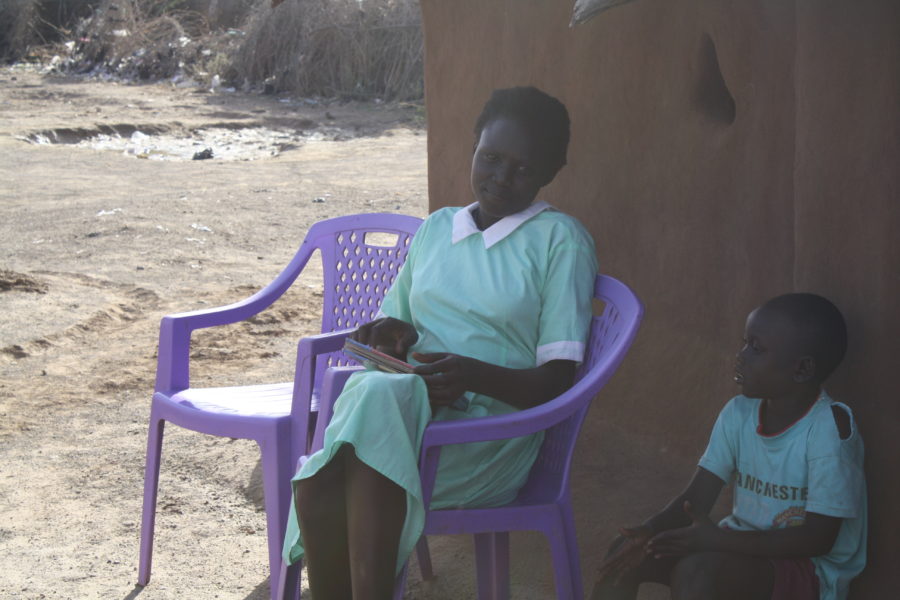 Reading at home after school. 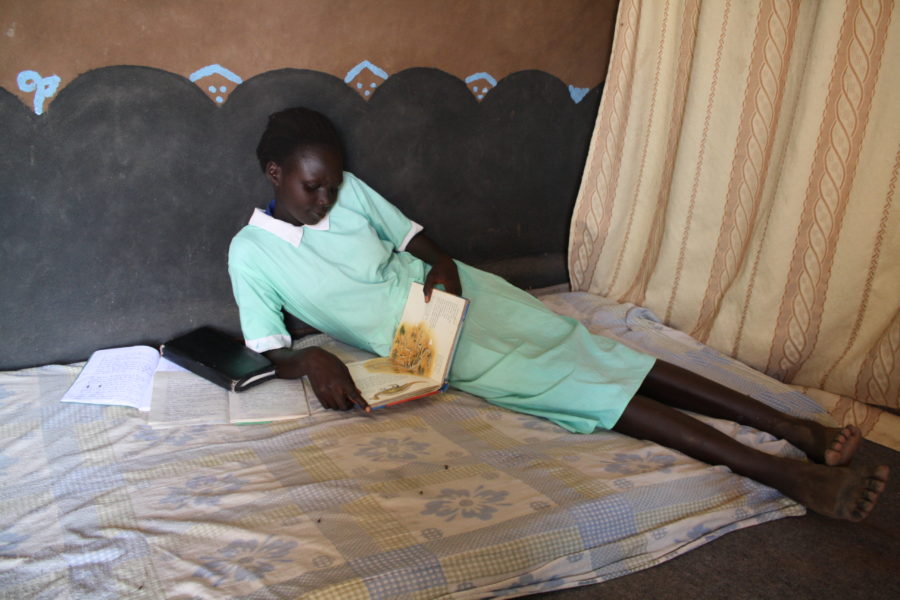 A Hope Primary student reading inside her home. Many home are decorated with painted patterns on the walls, and beautifully kept. 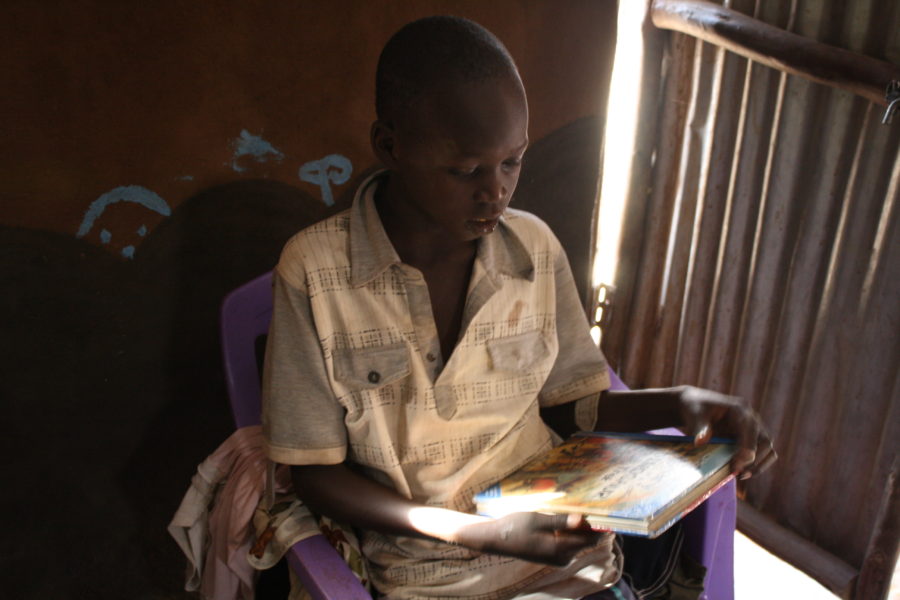 A young boy reading inside his home, taking advantage of the daylight. 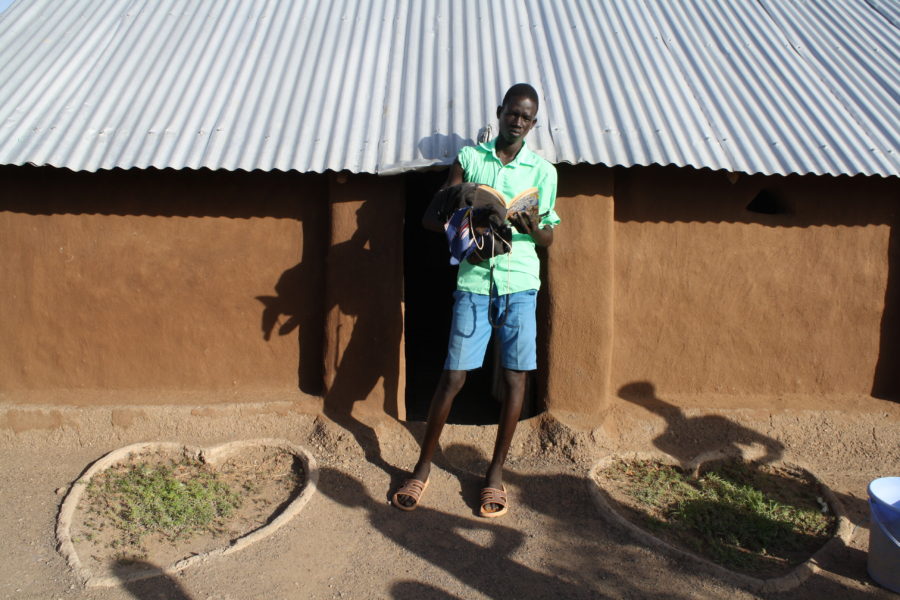 A candidate from Hope Primary standing outside his beautifully kept home that he shares with his family. They made the heart flower beds by hand. 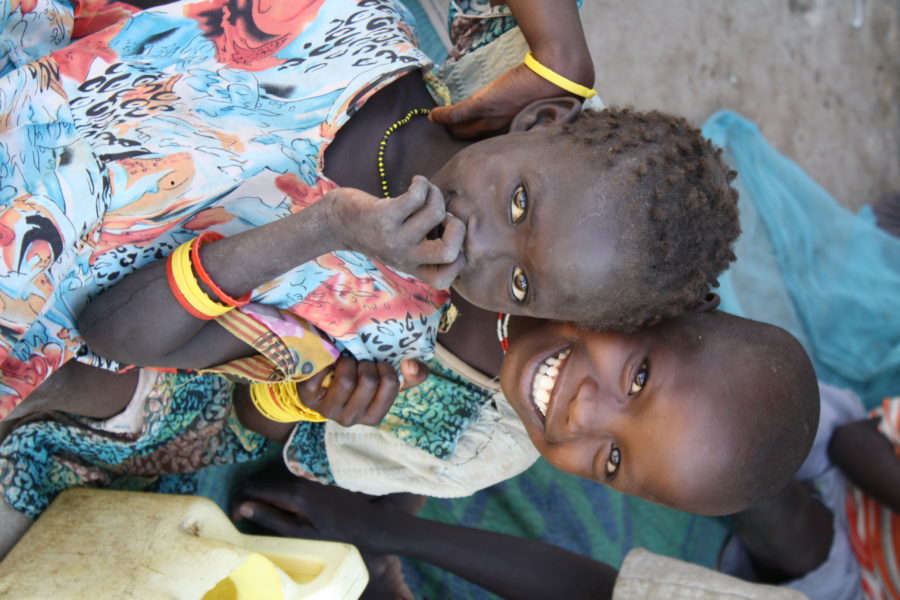 Children at the reception center, where people claiming refugee status wait to be processed. 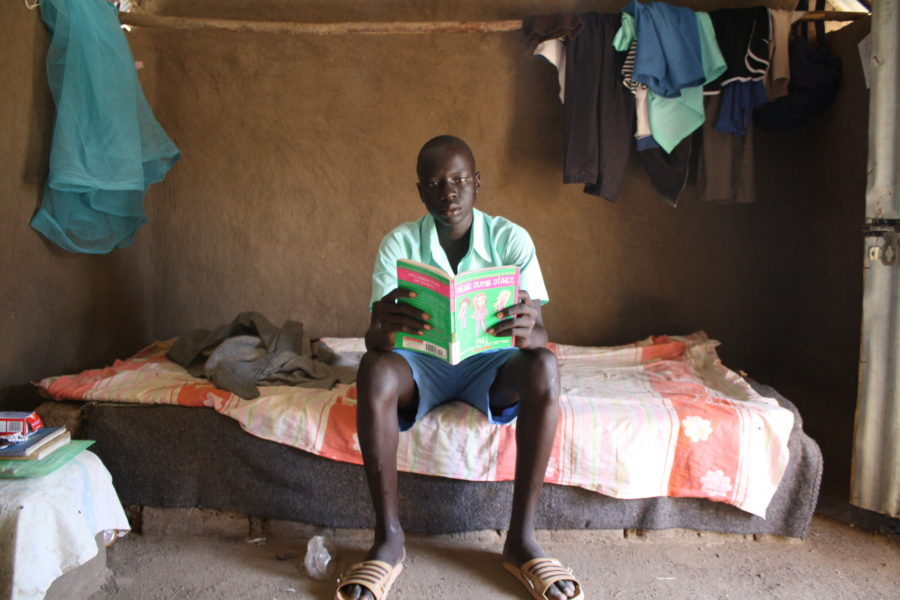 We asked him several times if he was sure he wanted to pick that book to bring home. He said it was his second time borrowing it, and that it was good. 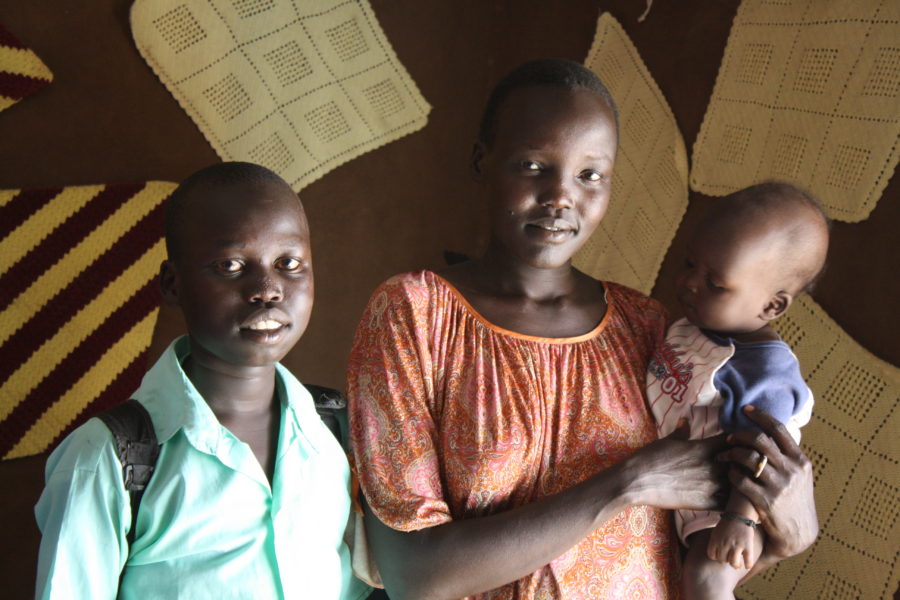 A Hope Primary student posing with his beautiful mother, and his new baby brother. 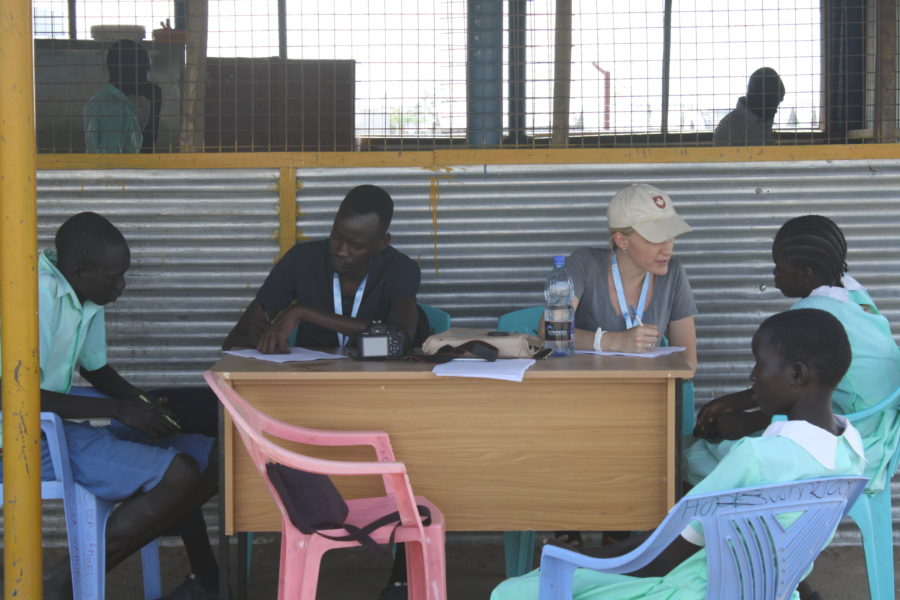 KEY Team doing the baseline survey before the library comes. We were trying to measure feelings of peace and forgiveness. 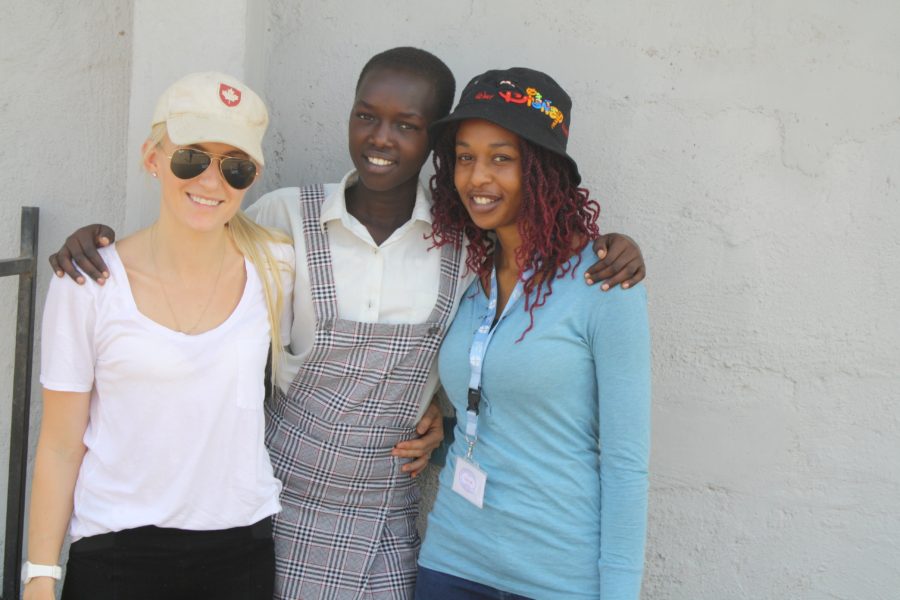 Niccola and Christine with one of the students from Angelina Jolie Primary.

For those at KEY the libraries we will be donating to Kakuma Refugee Camp has felt like a long time coming. There has been so much planning, negotiating, organizing, ordering, renovating, sourcing, editing, visiting, and prepping, that to only have a few weeks to go before we seen the libraries finally installed is truly exhilarating.

Mid-March, we will be making the trip to Kakuma we have been looking forward to for several years, to finally install and setup the libraries. We will be bringing nearly 7,000 books, a fully equipped container, furniture, computers, and even solar power to run it all. We will be donating two libraries, one to Hope Primary, and one to Angelina Jolie Primary.

One of the final things we had to do (as the finishing touches were being put on the container), was a baseline survey at the two schools. So we made a brief trip to the camp to do this, and took the opportunity to spend time with some one the students who were able to borrow the books we had brought in our initial donation last July (2016).

Kakuma Refugee Camp is comprised primarily of South Sudanese. As many are aware, a famine was just declared in parts of South Sudan. This famine has been called man-made, because it has been caused mostly by fighting and insecurity. Needless to say, refugee camps around the borders of South Sudan have been inundated with these new waves of refugees.

We have had people comment from time to time about the logic of bringing books to a place where people still need food. “You cannot eat a book” is a comment I have heard more than once. We agree, please don’t try. But jokes aside, what we are bringing to Kakuma is obviously not a substitute for food, but reading and improving the mind is critical to break the cycle of poverty that makes you food insecure. And anyone who has visited Kakuma can tell you that the students there are in desperate need of books. They need them to study from, to learn from, to dream from, and sometimes, simply to pass the time. Wait for our photos when we install the libraries, and you’ll see.