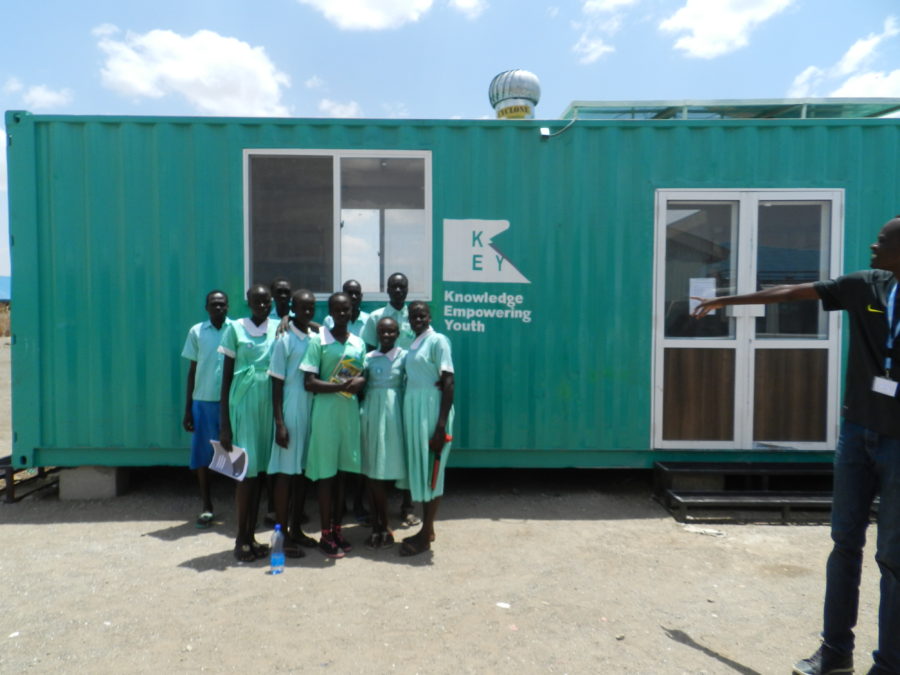 The Hope Primary Library Council standing outside the container library after a long, hot date of setting up and training. 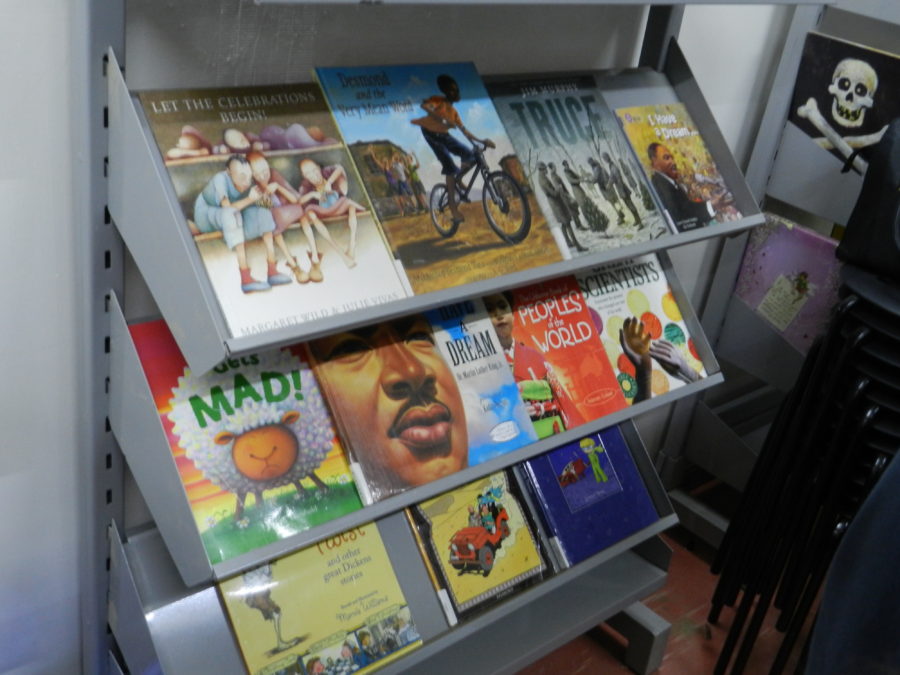 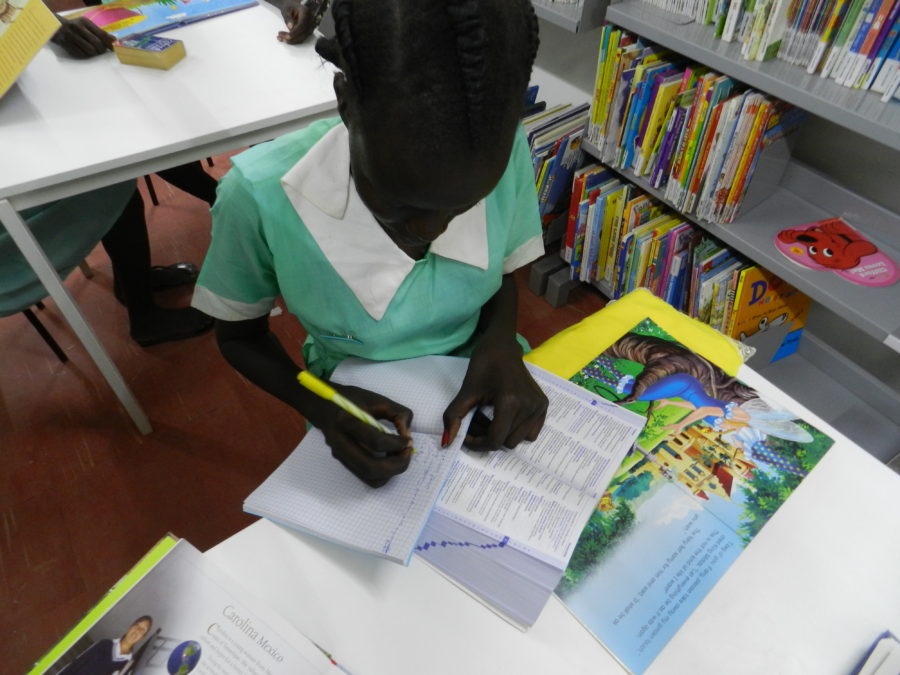 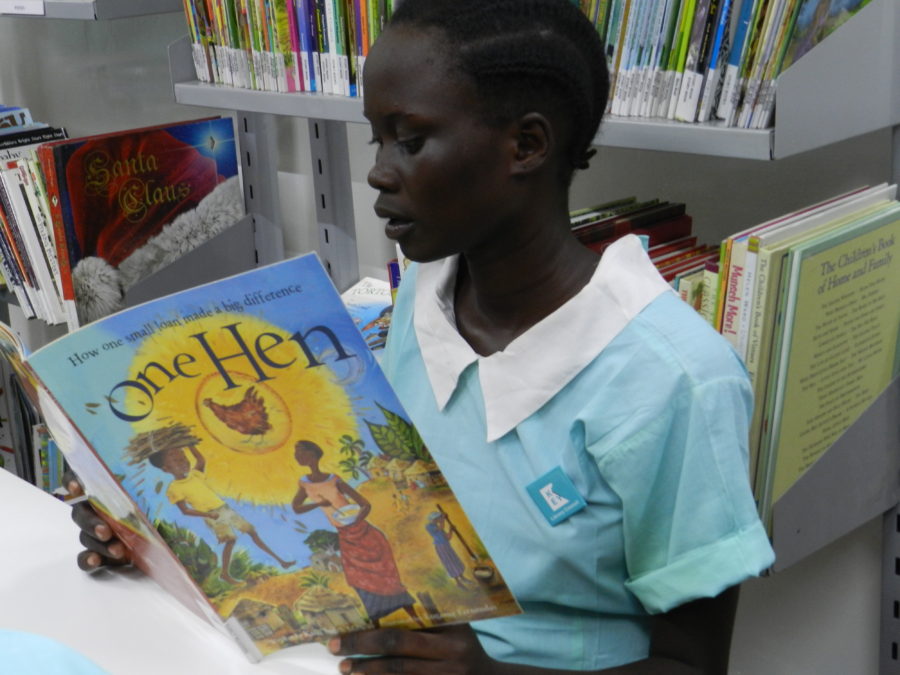 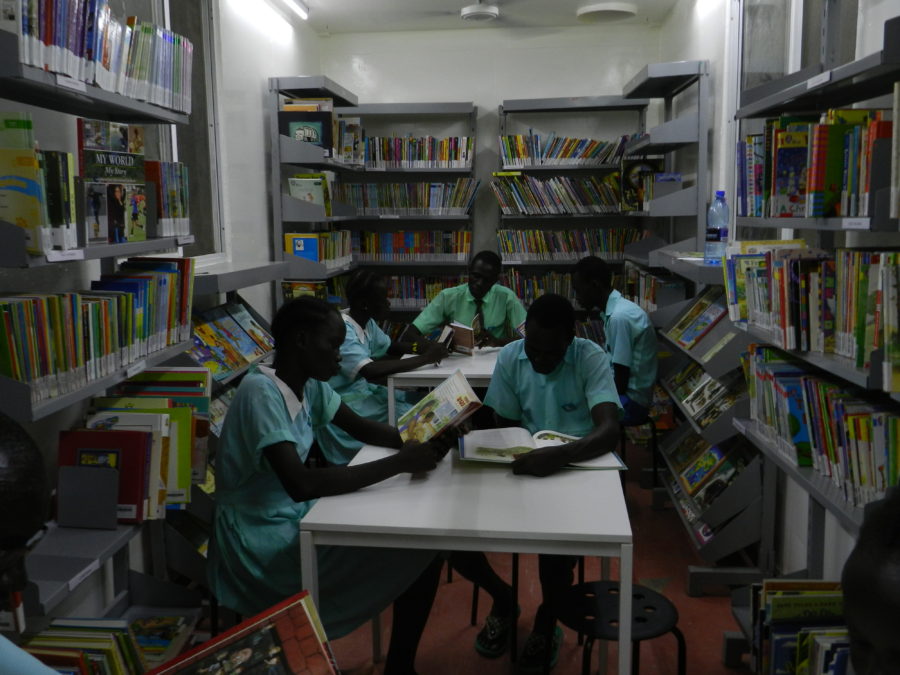 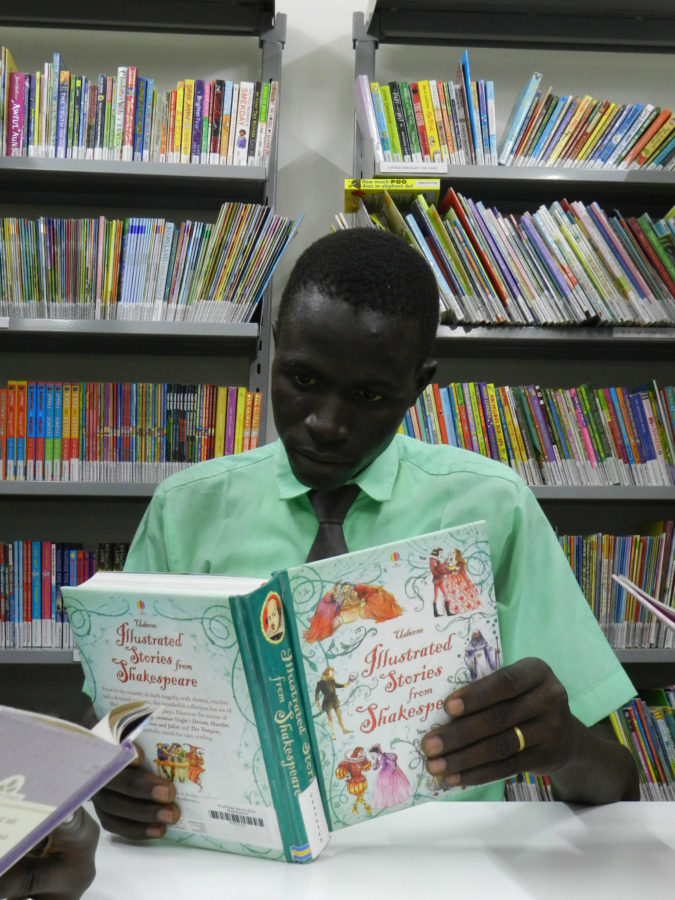 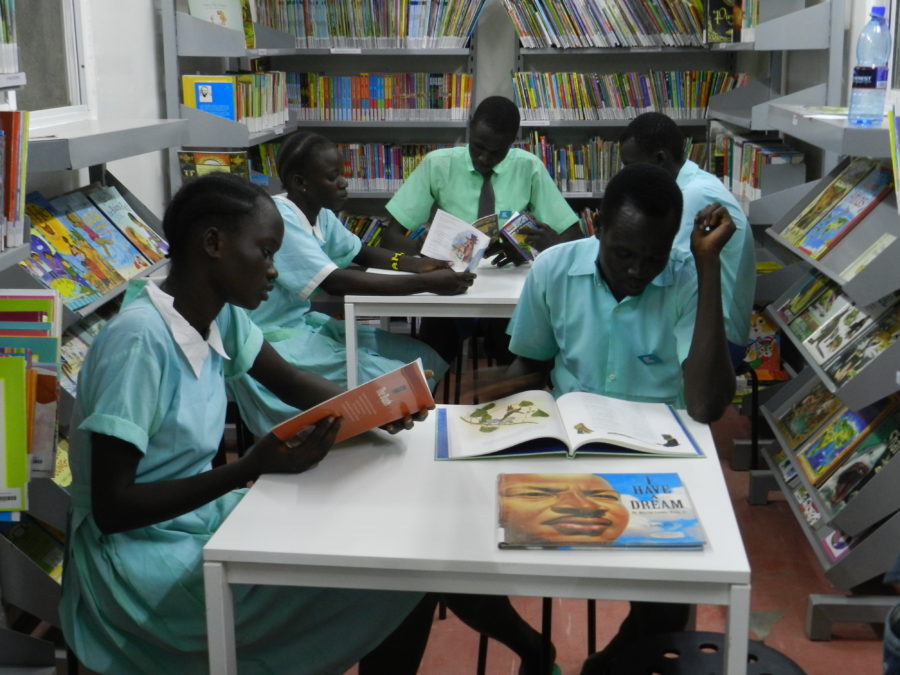 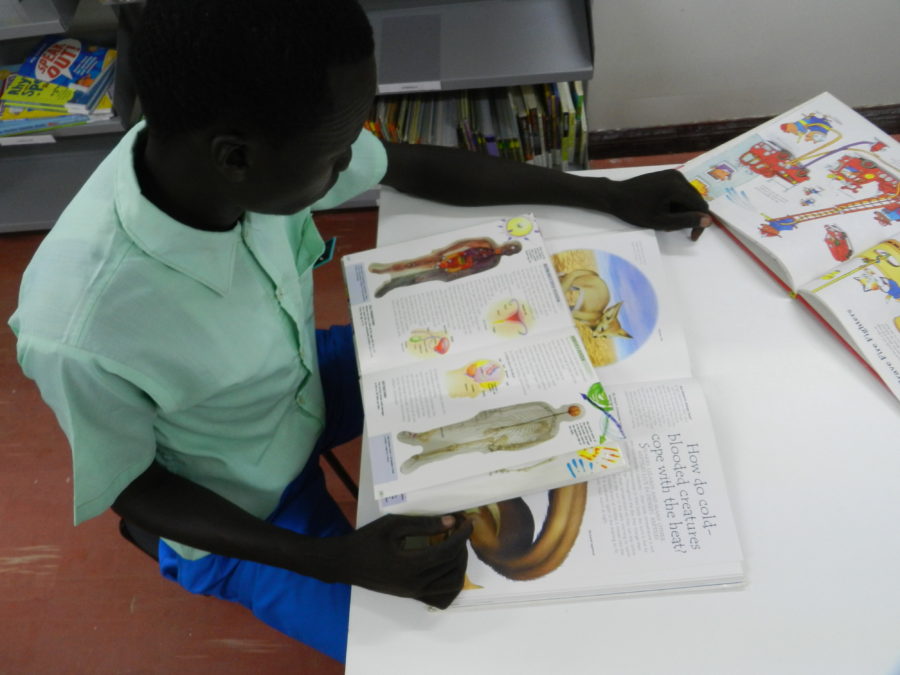 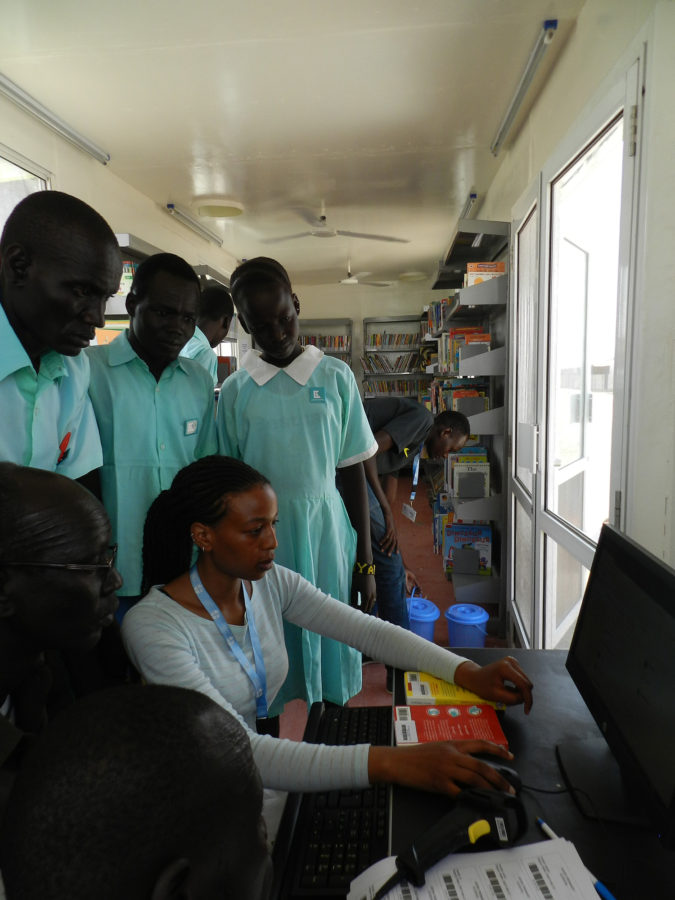 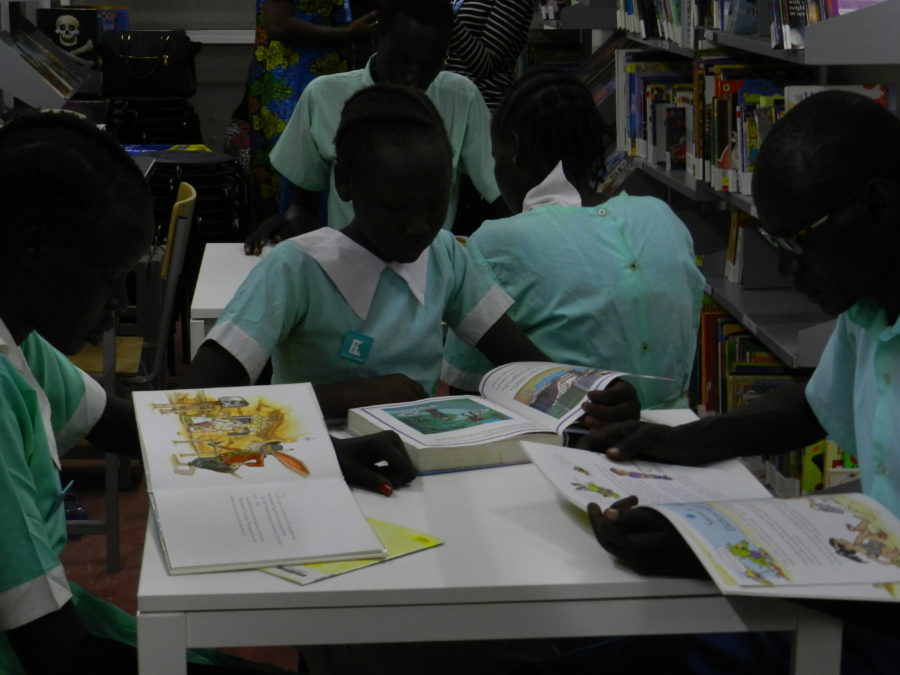 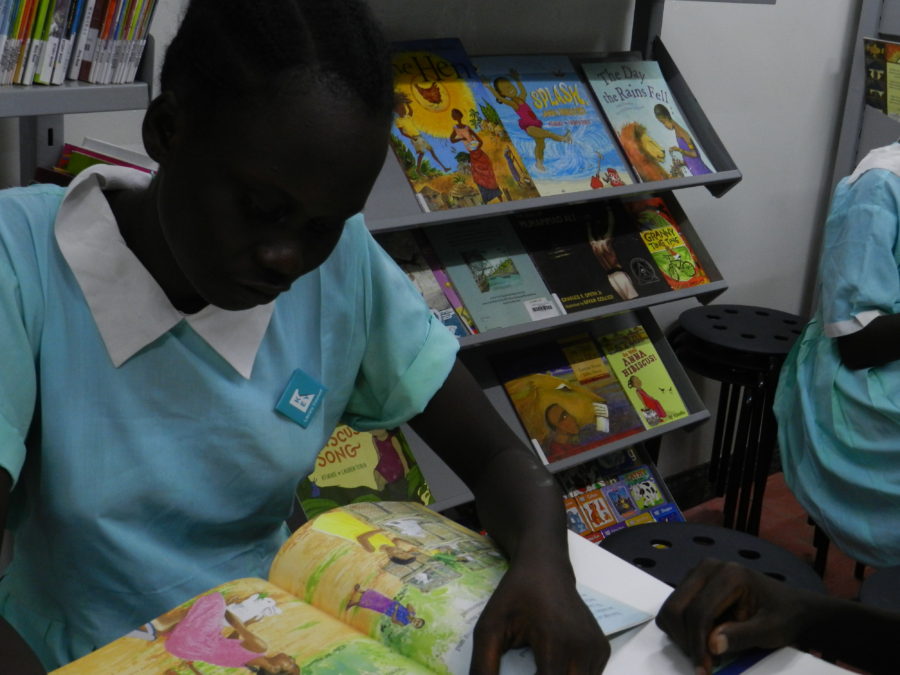 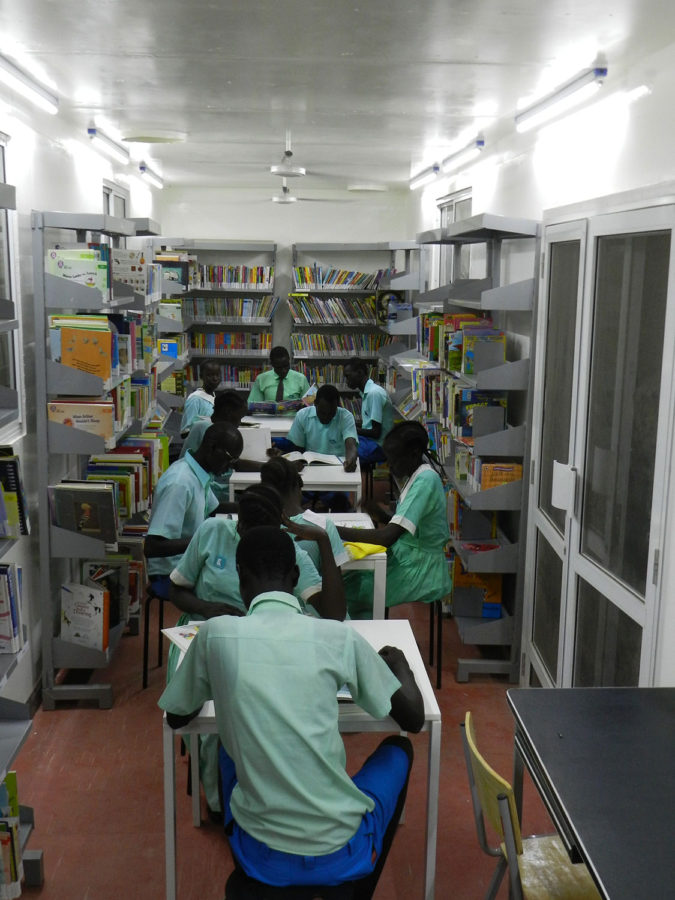 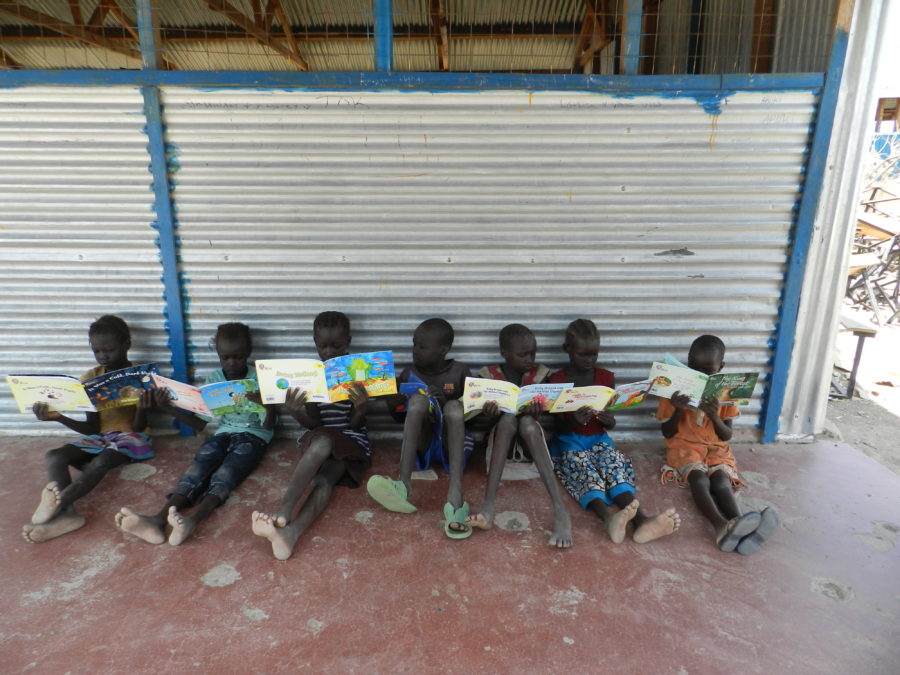 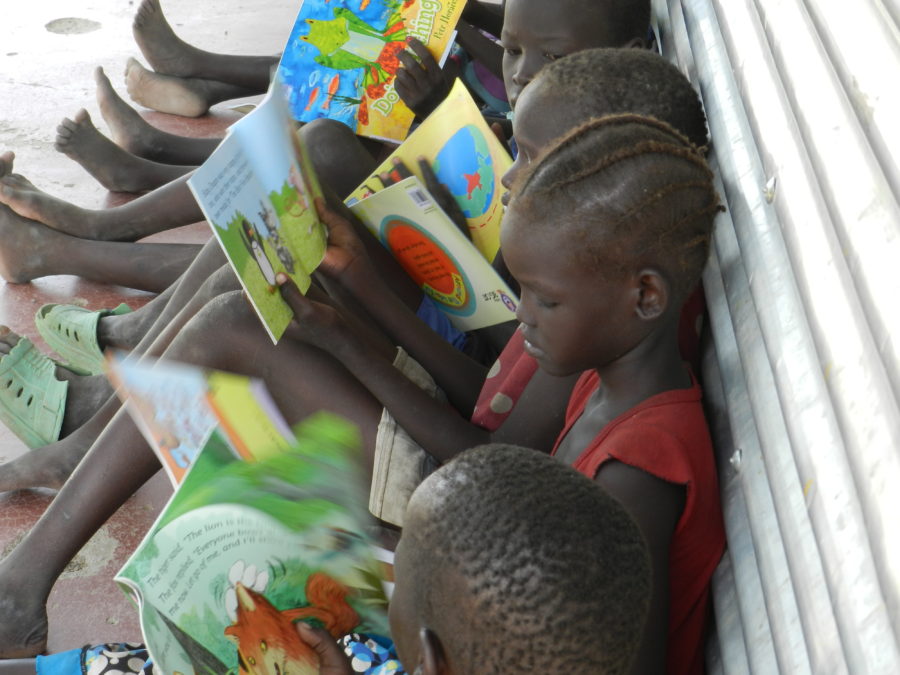 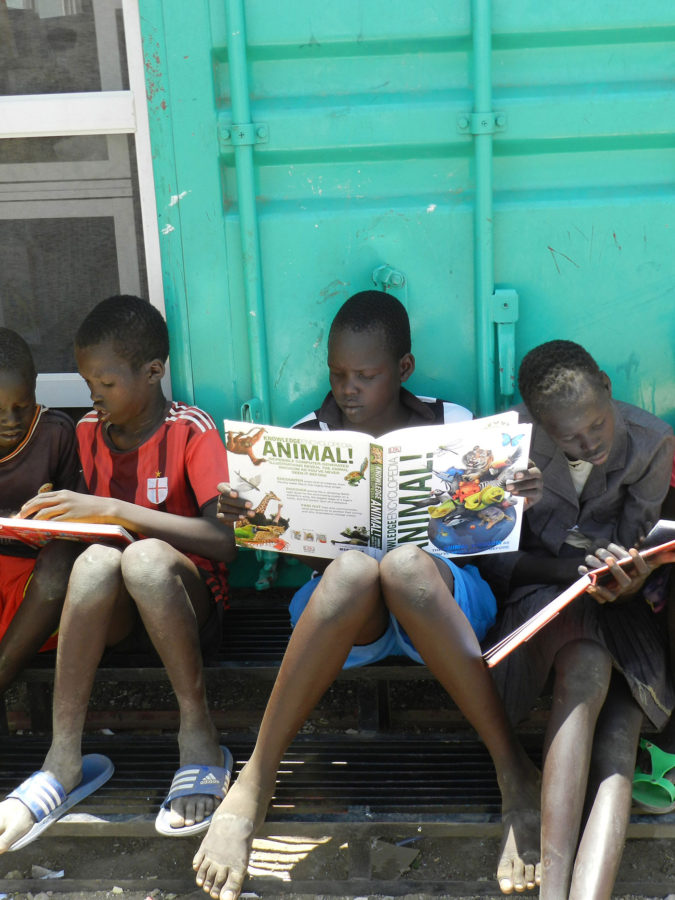 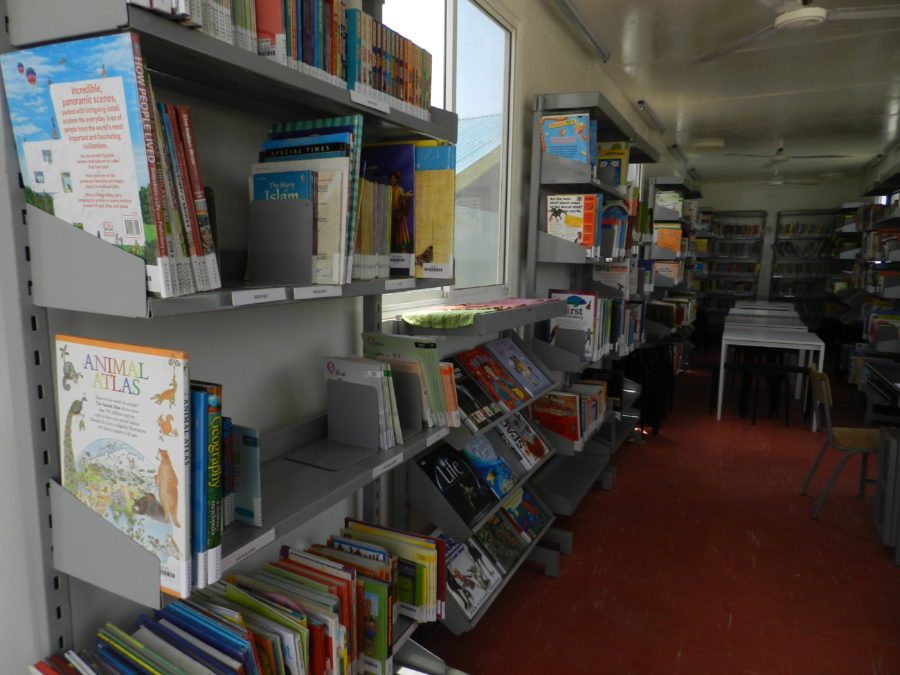 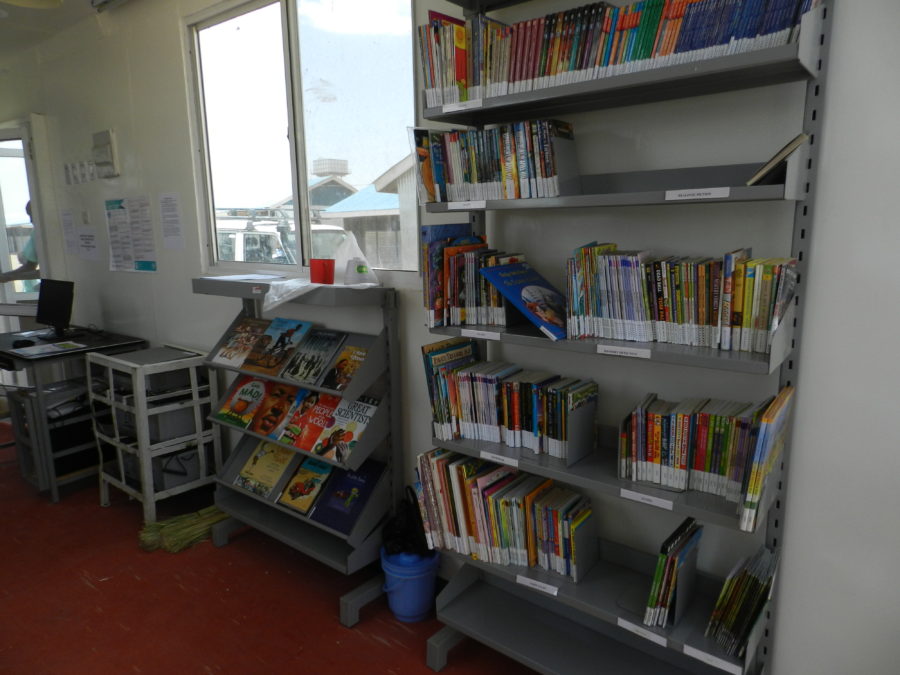 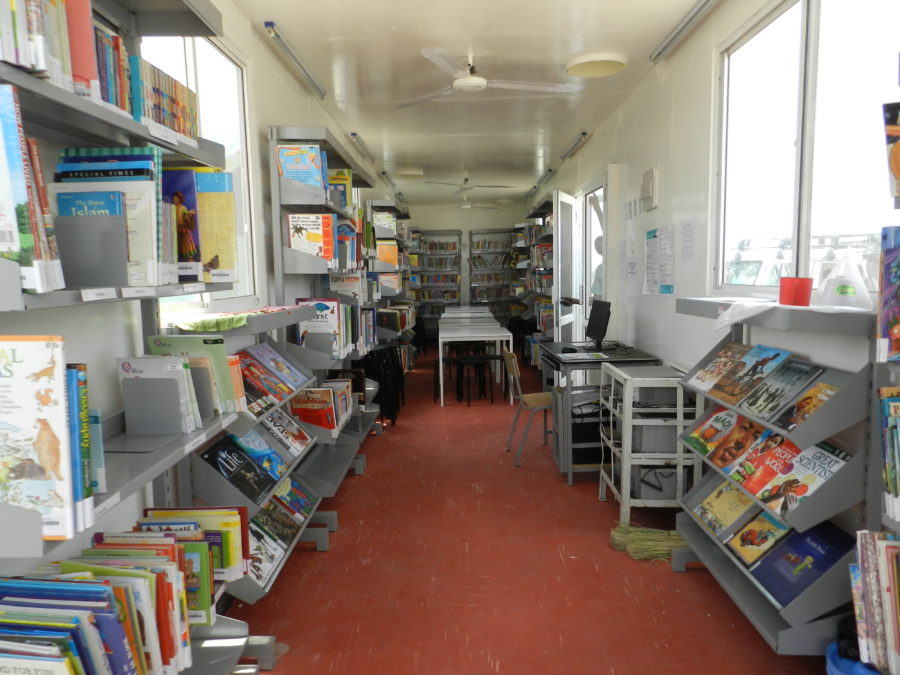 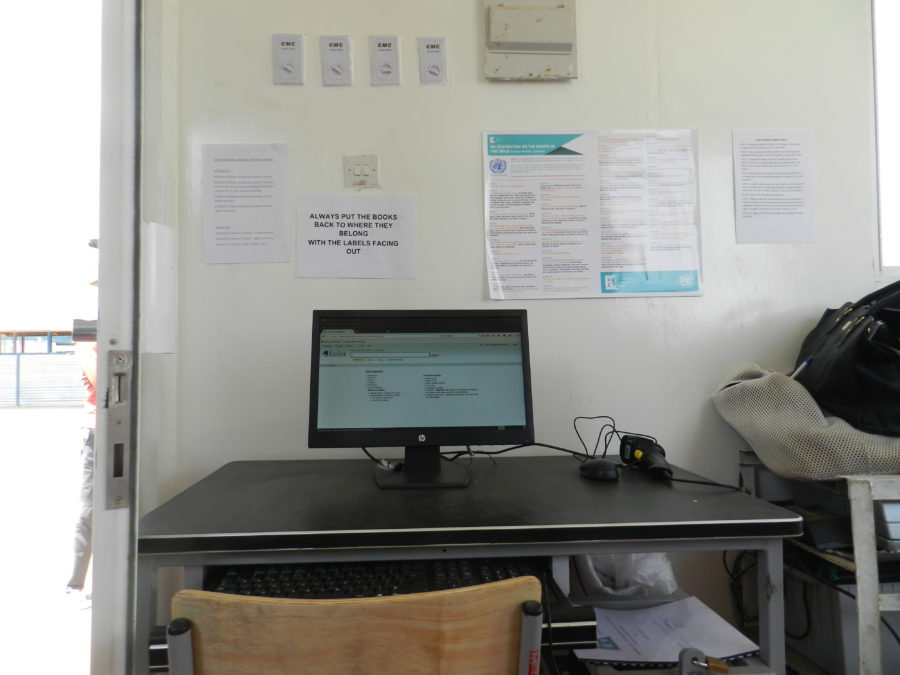 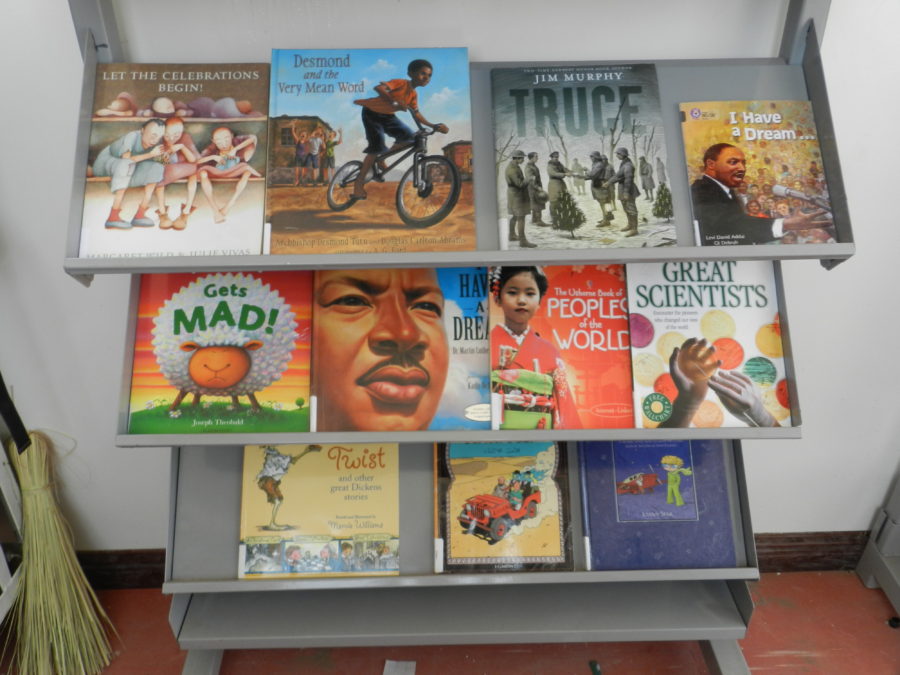 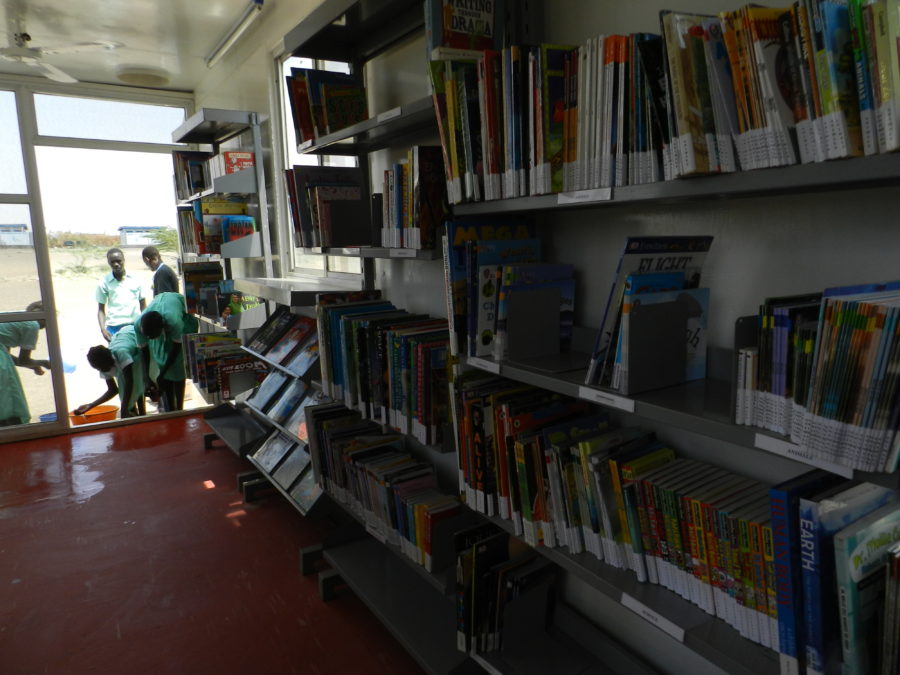 Though it took time, we were finally able to fix all the damage done to the container on it’s original journey to Kakuma. We took the measurements all over again, sourced the materials from Nairobi, loaded them onto a lorry, and sent the truck again to Kakuma. This time, they did not get caught in the middle of a gun battle between cattle rustlers 100 km away from Lodwar. They arrived on schedule, materials in tact, and began the work of repairing the container.

Once ready, the KEY team boarded the UN flight again, and set off for Turkana. It still hadn’t rained, and the drought was getting worse. We saw dead goats on the roadside that had succumbed to thirst and heat. The midday sun was unbearable.

Once at the container, we setup the ceiling fans (and even then we were still sweating)- powered by the industrial solar panels we bought. The solar worked extraordinarily well, and were able to also power the lights, and the computer. One thing Turkana is not in short supply of is sunlight.

We slowly unpacked the boxes of books and unwrapped the furniture. As we began arranging the bookshelves by subject categories, we discovered that boxes of books had already been stolen. Some of our most prized categories – Climate, Nature, Geography, and Environment, were all gone. It is most likely that while the container was being fixed and the contents were removed onto the ground outside, some people decided to take whatever boxes they could while no one was looking. It is such a shame that this school will not have any of these categories now in their library.

Though straightforward, the setup and training were not without moments of frustration or tension. There were a few moments of disagreement with the school leadership on how the resources should be used and for what purpose. Happily, everyone was able to sit down together and they were resolved. This drove home, more than ever, how important it is to have rules and agreements circulated widely and displayed for everyone to see (in this case, it was a new head teacher who hadn’t been briefed on our donation from his predecessor, and ended up leaving his post several days after we finished setting up).

What was the most rewarding, as it always is, was bringing the students into the library. We were able to work closely with the library council. Like every Library Council, they were comprised of students. This time, their ages ranged from 17-45, even though it is a primary school. This is because for so many South Sudanese, their education has been disrupted because of the conflict. To meet adults who are still determined to finish their primary school education so that they can then teach their own children is incredibly inspiring.

We were able to finish the setup just in time to board our flight back to Nairobi, finishing it with the computer training for the library management system. Now, we will watch and see how the students use the library, what books they read, and the stories they tell from them. Some were excited to use them for studying for school subjects, some where excited to use them to learn about their own bodies, others were excited to read a little Shakespeare. For us, it was a privilege seeing how each individual was starting to establish their own unique relationship with their new school library.